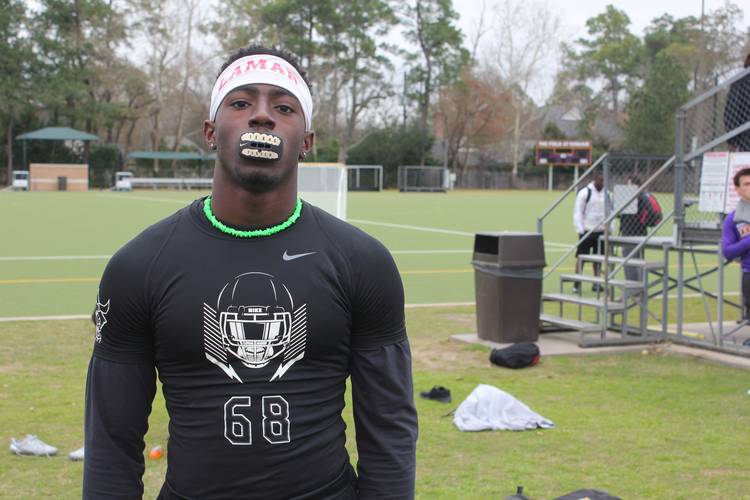 Scouting Jamison: His stock rose at The Opening in Houston on Feb. 4. He was arguably the best cornerback at a camp that included Anthony Cook — the No. 1 overall prospect on the Fab 55 and a teammate of Jamison’s at Houston Lamar — along with other four-star talents like Jalen Green. Jamison’s 5-10 frame keeps him ranked behind guys like Cook and Green, but his physical skills are just as advanced. He’s an elite cover corner with a great understanding of the position. He rarely takes a bad step and possesses the type of recovery quickness that makes up for any wrong moves. He handled bigger receivers well at The Opening.

Houston Lamar is loaded in 2018 and Jamison will get plenty of attention playing alongside Cook. Those two make for the best cornerback duo in the state. Both hold UT offers and Jamison is high on the Longhorns due to his relationship with the staff during their time at Houston. Two inches taller and Jamison would be a borderline five-star prospect. He’s also a physical cornerback unafraid to help in run support. Jamison holds offers from programs in every Power 5 conference.