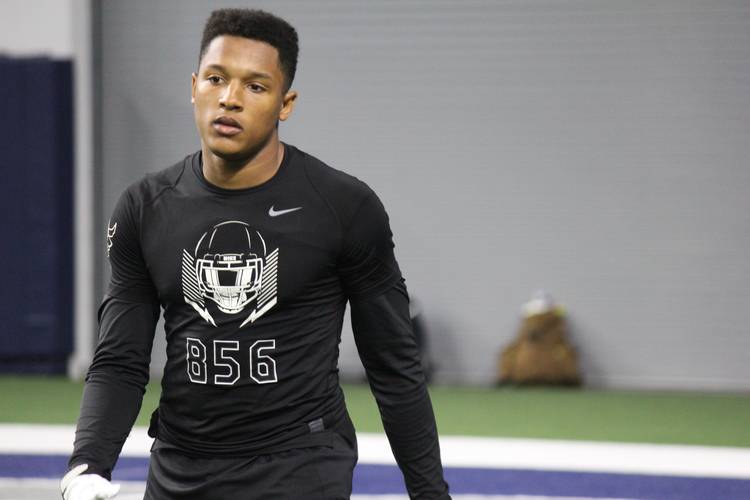 Scouting Humphries: Range is the first word used to describe Humphries. He plays the safety position like a center fielder, roaming the secondary and closing on potential pass breakups with ease. He also can cover slot receivers, tight ends and running backs out of the backfield in man-coverage. Humphries is at his best when he’s allowed the freedom to use his instincts. He isn’t the biggest safety in the state, but that rarely hurts him near the line of scrimmage. He’s more free safety than strong safety, however, because of his ability to cover receivers like an extra cornerback.

Humphries committed to Penn State early — on Dec. 31, two days before the Nittany Lions’ 24-17 loss to Georgia in the TaxSlayer Bowl — and holds 16 offers in all. He’s one of three Sachse players on the Fab 55, which means going up against Mustangs quarterback Jalen Mayden (No. 14) and wide receiver Drue Jackson (No. 36) every practice provides Humphries with a unique challenge. Humphries says that has helped him grow as a cover safety. His raw skills are unquestioned, as is his leadership ability. He’s likely to receive a few more offers before signing day as teams try to flip his commitment.

With high school in the rearview, Taylor Ellsworth is already contributing for Texas

Can Texas swimming surge back into elite women’s status? It starts with Big 12 meet