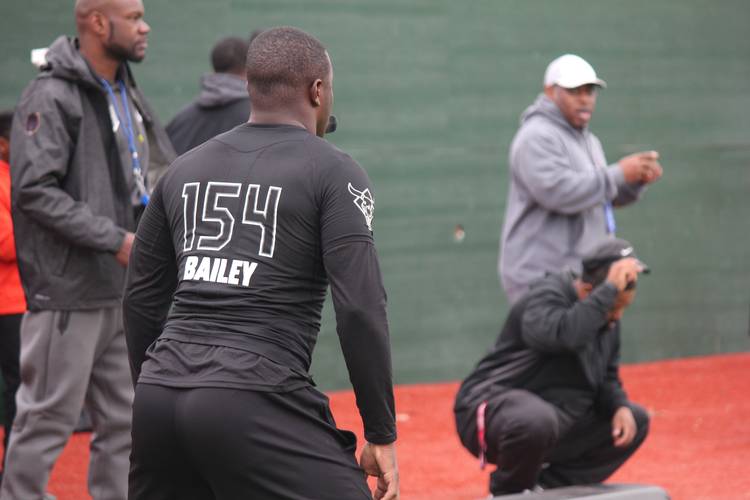 Scouting Bailey: It isn’t a banner recruiting cycle for linebackers inside the state. Bailey is arguably the best of the bunch and his stock is rising after a strong performance at The Opening in Houston on Feb. 4. He was the best linebacker there that day, showing his competitiveness and open-space ability. Bailey is an inside linebacker who has put up all-district statistics. As a junior, he recorded 99 tackles, including 20 tackles for loss, along with five sacks, three pass breakups, two interceptions and three forced fumbles. He had 120 tackles his sophomore year.

Bailey’s lack of length is an issue. It’s tough for linebackers to take on offensive linemen in the running game without long arms. Bailey is only 6-feet tall, which could become an issue at the college level since he doesn’t possess blazing speed to erase the disadvantage. What Bailey does possess is instinct, toughness and a high football IQ. His motor doesn’t stop and he’s always around the football. Those are the most important two traits in any linebacker.

With high school in the rearview, Taylor Ellsworth is already contributing for Texas