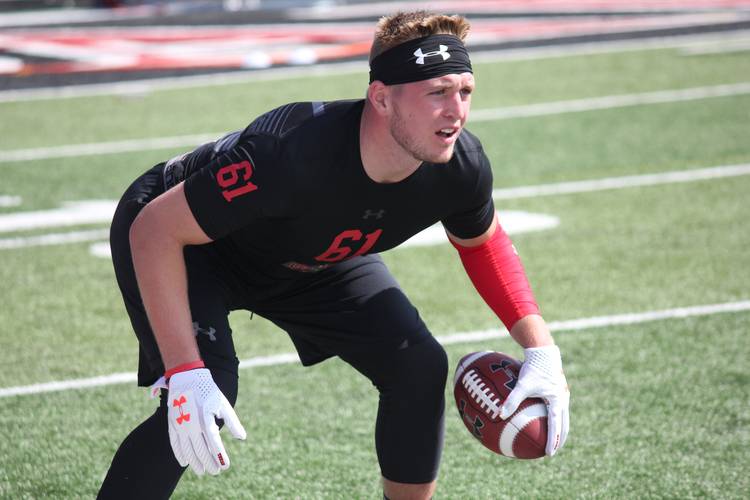 College: Committed to Arkansas on Nov. 7.

Scouting Pool: Old-school inside linebackers are tough to find, especially at the prep level. Pool is possibly the best Mike prospect in the state for 2018 and should grow into an SEC-style inside linebacker within a year or two of entering a college strength and conditioning program. The four-star prospect is committed to Arkansas and holds offers from 10 other Power 5 schools. He specializes at stopping the inside running game with his quickness and instinct. That’s not to say he doesn’t have the lateral speed to pursue rushers outside of the tackle box. He lacks the outright speed of some of the top outside linebacker prospects in the state, but his frame will allow him to stay inside.

Pool is a model of production. He recorded 158 tackles as a junior. He makes quick decisions, rarely takes a backwards step and is a finisher when he connects with the ball carrier. He’ll also excel when asked to blitz. He isn’t asked to cover top receivers and tight ends in space in high school, so that’s an area he’ll need to focus on in college to become a three-down linebacker.