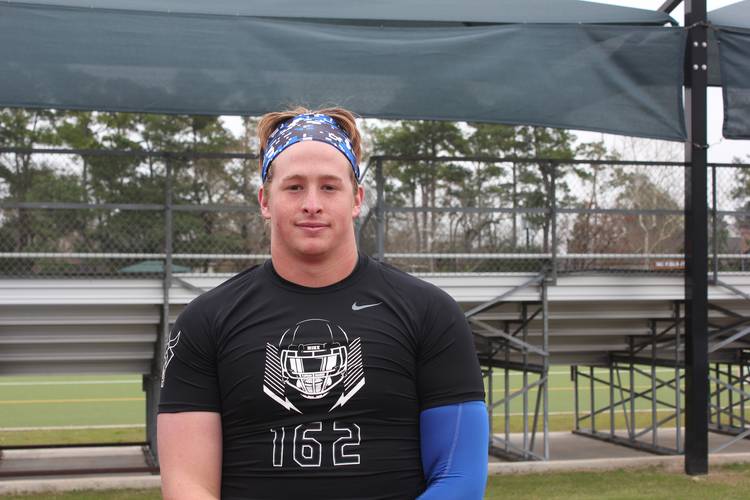 A heard of elite prospects visited Texas for junior day on Saturday. The Longhorns followed that up on Sunday by hosting a small herd of prospects who couldn’t make it the previous day.

Sunday’s top target was Max Wright, Katy Taylor’s four-star defensive end who’s ranked No. 3 on the American-Statesman’s Fabulous 55 list of the state’s top recruits. Many felt Texas was lagging behind the likes of Texas A&M for his services.

Tom Herman’s UT program, however, made an impression.

“(Texas) is very high on my list,” Wright said. “Seeing how Herman is coming in here and going to change the program back to where it should be is really cool. I believe him when he talks about bringing Texas back to national championship contention. The Texas staff is real about everything they say.”

Wright is a unique prospect. At 6-4,  270, he’s big enough to play the three- or five-technique while simultaneously possessing the quickness and tenacity to rush the quarterback from the edge. He plays in a 3-4 defense in high school, where he’s forced to handle double teams to free up his linebackers. It isn’t glamorous and Wright would enjoy playing a different brand of football in college.

“Coach (Oscar) Giles talked to me about Texas being multiple; they won’t line up in only a 3-4 or a 4-2,” Wright said. “They said it will be a defensive line-friendly defense, and that interests me because I’ll be free to go make plays and not always handle a double team. Giles told me they need defensive ends and I fit what they want on the field and off the field. Everything he said was real appealing to me.”

The junior days were a success for Texas. Each prospect had glowing reviews of Herman’s vision Saturday and Sunday. Wright was no different. He praised the passion and direction Texas is heading under the new coach, a coach that Wright is quite familiar with due to Herman’s time at Houston.

“Junior day was a lot of fun,” Wright said. “Herman knows how to put on a really good show. He does it right and makes it fun.”

Wright also noted the change in atmosphere inside the UT locker room.

“The family atmosphere (stood out),” Wright said. “They make everyone feel like part of the family. (Herman) was talking about how there are no bro hugs. Only real hugs. They make you feel really welcomed.”