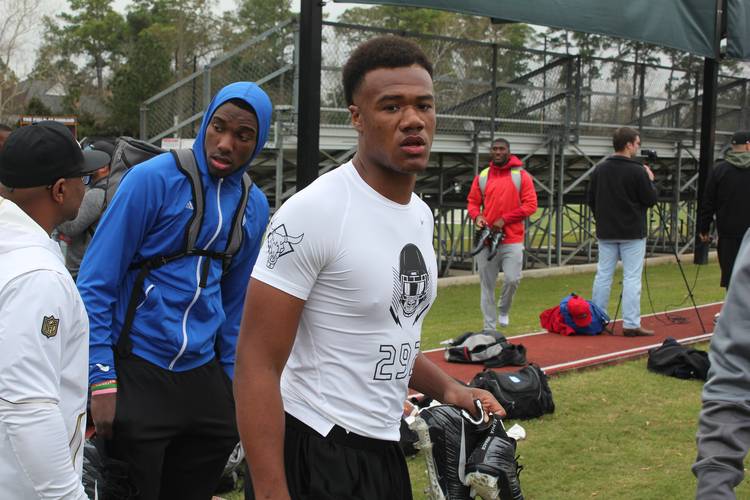 Scouting Muhammed: The tight end position gets lost in the shuffle of modern recruiting. One reason is the evolution of college offenses into spread attackes; not every system emphasizes a three-down tight end with pass-catching skills. The air-raid offense that Texas ran in 2016 didn’t utilize a true tight end, for example. But there are still coaches who value the position, including Tom Herman. He moved quickly to sign two tight ends in Texas’ 2017 class and is searching for at least one more for 2018. One of the Longhorns’ top targets is Muhammad, a four-star tight end who also was recruited by Herman’s staff at Houston.

Muhammad is a big-bodied tight end who is a developed route-runner and receiver. He can play with his hand on the ground, flex out as a wide receiver or line up in the backfield as an H-Back. His goal before reaching college is to add strength in the weight room to improve as a 1-on-1 blocker. He uses his body well as a receiver and is consistent with his hands. He’s a polished prospect with high upside if he becomes a better blocker at the point of attack.

‘Herman has everything going on’: Recapping Texas’ junior day for stars on offense