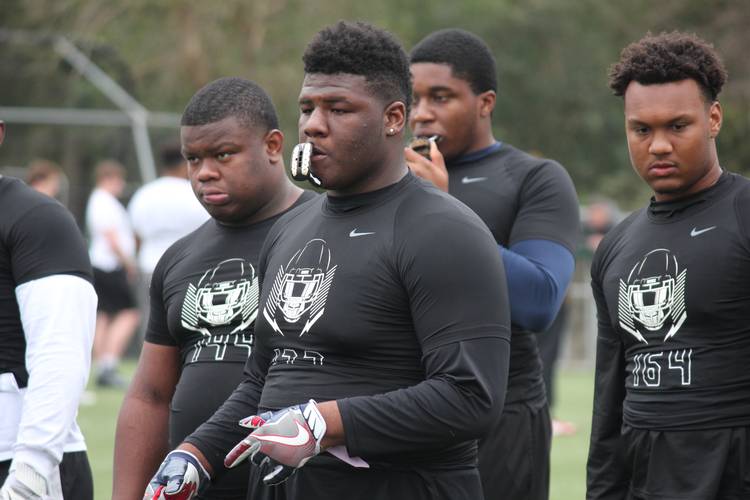 Scouting Coburn: A gifted athlete for his size, Coburn is the top defensive tackle prospect in the state. At 6-1, 326, he’s powerful and always wins the battle for leverage. His lack of height hurts his ability to get into offensive linemen, but he does a good job of extending his hands and using his strength to disengage blockers in order to pursue the football. He chases plays down the line of scrimmage like a defensive end and is capable of demanding double teams as a one-technique lineman. His athleticism also allows him to play a three- or five-technique.

Coburn is from Spring Westfield. On paper, that gives the Longhorns an advantage — Longhorns tight ends coach Corby Meekins is Westfield’s former head coach, and his brother Matt is the Mustangs’ current coach. Coburn made it clear early in his recruitment that he wants to play for a winner, so expect him to wait until the fall or winter before he picks a college. Coburn, who attended Texas’ junior day over the weekend, holds nearly 20 offers from around the country and bullied offensive linemen during an impressive showing at The Opening in Houston on Feb. 4.