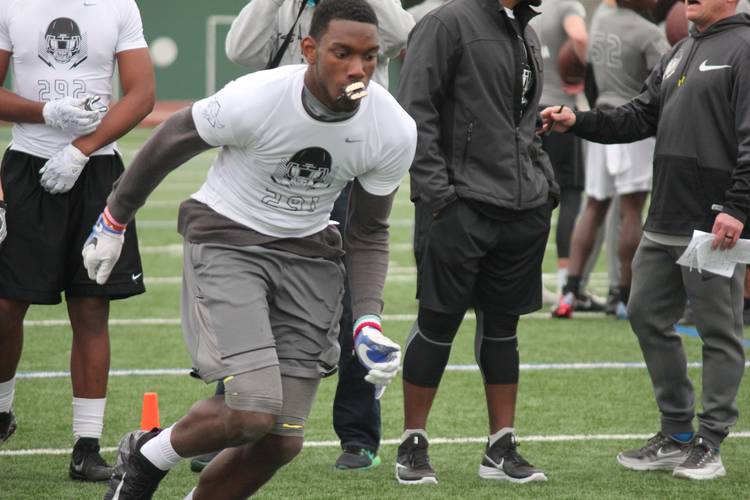 Scouting Epps: Epps is built like a small forward. He’s a lanky 6-6 and he uses every bit of that height and length to his advantage as a pass catcher. He’s more evolved as a receiver than a blocker at this point in his development; Epps needs to add weight to his frame before he can become an adequate blocker at the point of attack against Power 5 defensive ends and linebackers. He’s a matchup nightmare against safeties and linebackers. He uses his big body and long arms to separate from defenders and catch contested balls in traffic. His height always makes him a weapon on third down and near the goal line. He rarely loses a jump ball.

Epps committed to Alabama early, but reopened his commitment after a strong performance at The Opening on Feb. 4. He visited Texas on junior day and wants to become part of an offense that leans heavily on the tight end. Herman’s use and success with tight ends are a factor in Epps’ recruitment and that’s why Texas is considered a potential destination for the four-star tight end.

‘There is a great future for this program’: Recapping Texas’ junior day for stars on defense