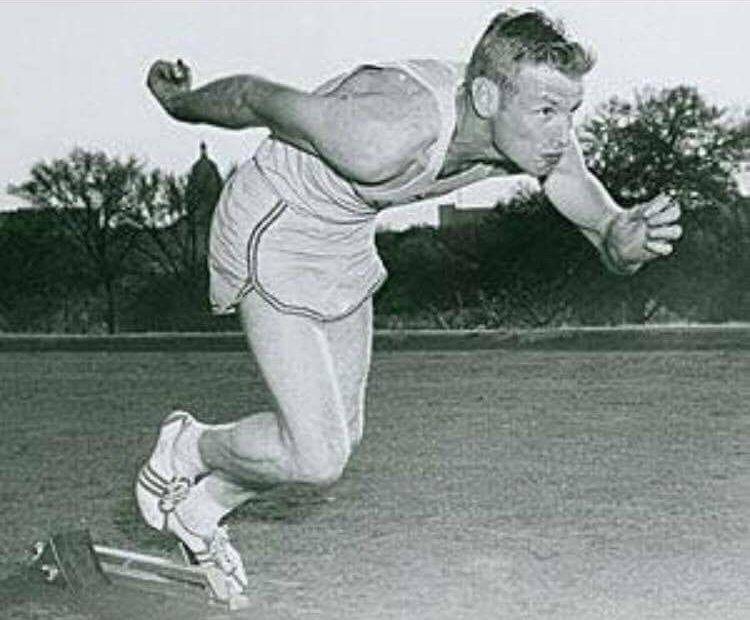 Former Texas sprinter Hollis Gainey was inducted into the Longhorns Hall of Honor in 2007.

As one of the fastest sprinters in Texas history, Hollis Gainey blazed quite a trail through Austin and scorched the history books.

Gainey, a star running back at Colorado City, found his niche for legendary UT track coach Clyde Littlefield. Running as the third leg, Gainey was part of a UT foursome in 1957 that set the world record in the 440-yard relay in 39.9 seconds. Gainey and the Longhorns broke it again two years later in 39.6.

Gainey died Thursday, according to his daughter, Rhonda Gainey Puckett. He turned 81 less than a week ago.

“It felt great,” Gainey said in 2007 of UT’s record-breaking performance. “I’ll tell you what — I had some great, great teammates, and we worked well together. We didn’t actually set a goal to break world records, but when you get in fast competition those things just happen. That’s what happened with us.”

Gainey, a 2007 inductee into the UT Men’s Hall of Honor, set the Southwest Conference record by ripping through the 100-yard sprint in 9.4 seconds. He finished sixth in the 100- and 200-yard dashes at the 1957 NCAA Championship.

Wally Wilson, Eddie Southern, Gainey and Bobby Whilden ran their record-shattering 440 relay at the 1957 Kansas Relays. Then the Longhorns smashed the 880 world record in 1:22.7.

“I remember watching them run, and that relay team could really burn it up,” legendary UT football coach Darrell Royal told the American-Statesman in 1998. “They were really something.”

Gainey graduated with a degree in science and health and physical education. He spent two years in the Army and eventually became a high school coach. In 1998, when Gainey was profiled by the Statesman, he was an associate athletic director for the Lubbock school district.

A memorial service is scheduled for 2 p.m. Friday at the Colorado City High School auditorium at 1500 North Lone Wolf Blvd.