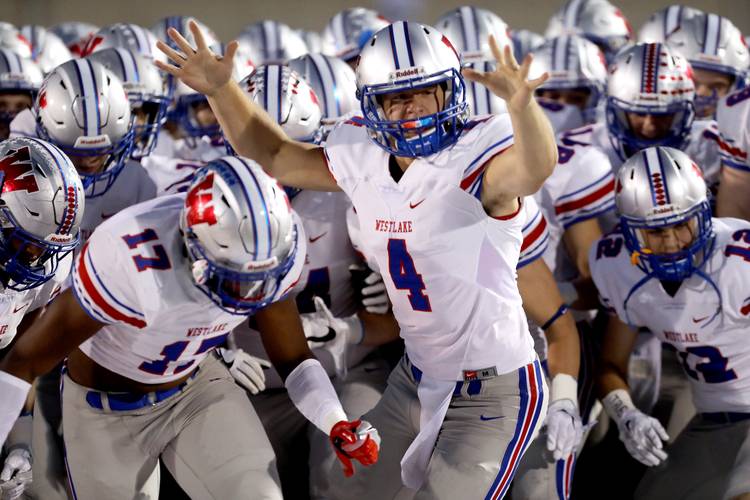 The Elite 11 Finals is the premier quarterback recruiting competition in prep football. Each summer, Nike gathers the top performers from regionals held throughout the country for a week of competition and mental tests in Oregon. Twelve players were selected for the finals in 2016. Each of those players have signed with colleges. Here’s where each quarterback signed and what to expect early in their careers.

The top quarterback prospect in the 2017 class signed with Stanford. It could be tough to crack the Cardinal’s starting lineup as a true freshman if Keller Chryst, who tore his ACL in the Sun Bowl, returns in time for fall practice. Mills must compete with K.J. Costello for backup snaps behind Chryst. It would take an impressive summer and some luck for him to start at Stanford in 2017, but the Cardinal have their quarterback for the future.

The No. 2-rated pro-style quarterback in the 2017 class signed with Clemson and has enrolled early, providing him with an opportunity to start for Clemson as a true freshman this fall. Former Tigers quarterback Deshaun Watson is currently preparing for the NFL Draft while Johnson competes with quarterbacks like Kelly Bryant and Zerrick Cooper to be the defending national champions’ starter.

The rich get richer in college football. Alabama is the blueprint for that ideal. Despite nearly winning a national championship with a true freshman under center, Nick Saban managed to sign the top-rated dual-threat quarterback in the 2017 class. Tagovailoa is already on campus and is ready to compete with incumbent starter Jalen Hurts, who’ll be a sophomore this fall. Tagovailoa played at the same high school as Marcus Mariota and their styles are described as similar.

The Georgia Bulldogs now possess two top-flight young quarterbacks to compete for the starting job this spring. Fromm enrolled early, which is the new trend for blue-chip quarterbacks. It gives young signal-callers more time to learn the offense, adjust to college life and eventually compete for starting snaps as true freshmen. Essentially, enrolling early eliminates the need for a redshirt season. Fromm doesn’t have the inside track to the starting spot, however, because former five-star Jacob Eason already holds starting experience.

If you follow recruiting, you’re familiar with Martell. The outspoken gunslinger made a name for himself on social media and caused a stir within the state of Texas after his high school, Bishop Gorman, beat Cedar Hill in the 2016 regular season. Martell, who once was committed to Texas A&M, eventually signed with Ohio State. The dual-threat quarterback doesn’t have ideal height for a passer, but he’s a gamer many people have compared to a young Johnny Manziel. J.T. Barrett returns to quarterback the Buckeyes in 2017, so Martell’s job is to earn the backup spot and become the heir to the throne.

Sears won’t need to make an impact in his first year or two at USC because the Trojans found Sam Darnold in 2016; he’s now one of the top quarterbacks in college football. Darnold is a Heisman Trophy favorite heading into the season, and that takes all the pressure off Sears early in his career. He can now watch and learn how to play quarterback in college before he’s thrown into the fire. That should help him down the road if he has the patience to wait for Darnold to move on to the NFL.

Longhorns fans know Ehlinger by now, and the former Westlake standout enrolled early and is already practicing with Texas. He’ll have to displace another young quarterback — Shane Buechele, who started every game last year — to earn a starting spot as a true freshman. Buechele put up school record numbers as a true freshman in 2016, but most feel Ehlinger’s skill-set better suits a Tom Herman offense. Ehlinger is a dual-threat quarterback with a competitive streak rarely seen in a young player. He’ll at least be UT’s backup to start the 2017 season, meaning he’ll be at least one snap away from the field at any time as a freshman.

There won’t be a lack of competition for McCaffrey at Michigan. The early enrollee is one of eight quarterbacks Michigan will use during spring practice. The expected starter for 2017 is Wilton Speight due to his experience as a starter in 2016. McCaffrey is an elite prospect from a storied family. His brother, Christian, was a recent star for Stanford and is about to be drafted. McCaffrey might need to wait his turn, but he impressed at the U.S. Army All-American Bowl and has the tools necessary to lead Michigan’s offense in the future.

LSU must find consistency at the quarterback position to challenge Alabama as the top program in the country. LSU is routinely as talented at nearly every position, but failed to find quality starters in recruiting under Les Miles and it eventually cost him his job. The Tigers signed one of the better pure passers in 2017, but don’t expect Brennan to make an early impact unless new coach Ed Orgeron is concerned about the depth on campus. Danny Etling is expected to start for LSU. And Brennan won’t arrive until the summer, which means he’ll be behind.

Arguably the top quarterback from Texas in the 2017 class, Robison was one of many four- and five-star talents from the Lone Star State to sign with an out-of-state school. Robinson is a dual-threat quarterback with the ability to beat defenses with his arm or his legs. With Baker Mayfield still on campus, he won’t need to start this season. But the fact that Robison enrolled early could give him an opportunity to be the Sooners’ primary backup and the obvious choice to start in 2018. He’ll compete against Kyler Murray and Austin Kendall this spring.

Clifford is a talented prospect with a bright future under head coach James Franklin. He’ll be provided the opportunity to redshirt since Penn State returns the top three quarterbacks from its 2016 depth chart, including starter Tommy Stevens. Clifford was a top-10 pro-style quarterback in the 2017 class and is a name to remember for 2018.

DeVito was the lowest-ranked finalist in the Elite 11. He eventually signed with Syracuse and soon could become the face of that program. It was invaluable for a team like Syracuse to sign an Elite 11 finalist, even if just for PR purposes. DeVito was a three-star prospect who has a chance to compete for a starting spot as a freshman. He won’t hurt defenses with his legs, but he’s an accurate passer with a strong arm and high football IQ.

Texas rallies past UCLA as Longhorns star in different roles