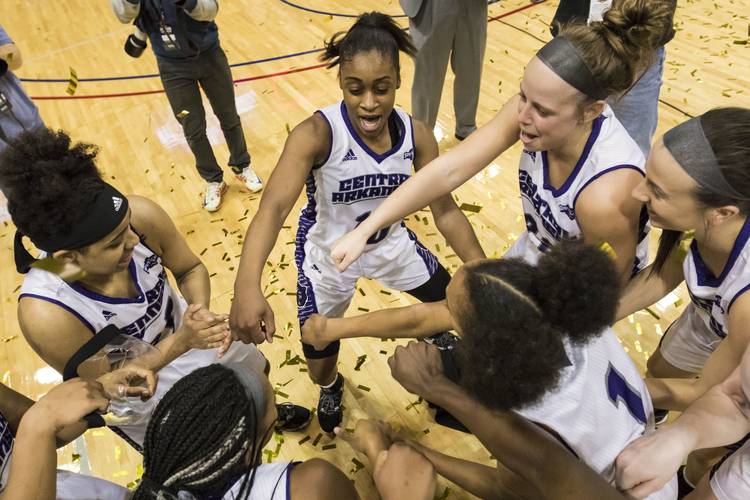 Sandra Rushing was a defense-comes-first basketball coach long before she arrived at Central Arkansas five years ago.

Rushing was 25 when she was introduced to the women’s team at UTEP in 1990, her first job as a Division I head coach. She shared UTEP’s Special Events Center with Don Haskins, the iconic coach who won an NCAA championship at Texas Western College (now UTEP) in 1966 and was enshrined in the Naismith Basketball Hall of Fame in 1997.

“(Haskins) would invite me to break down film together, and I could not pass up that opportunity,” recalled Rushing, whose Central Arkansas Sugar Bears face third-seeded Texas at the Erwin Center in the NCAA Tournament’s first round on Friday.

On Sunday, the winner will meet the winner of Friday’s earlier game, Auburn-North Carolina State, to see who heads to the Lexington regional.

“We’d talk about defense and what we needed to do,” Rushing recalled. “When you’re 25, you have no basketball philosophy. You think you do, but you really don’t. He was one of the best in-game coaches I had ever seen.”

Rushing, now in her 28th season, has coached at three Division I schools — UTEP , Delta State and Central Arkansas. The Sugars Bears have been exceptional over the last two seasons, going 54-7.

Fourteenth-seeded Central Arkansas (26-4) has taken a page from Haskins’ philosophy, ranking No. 4 in the nation (out of 344 teams) in scoring defense, yielding 52.2 points a game. The Sugar Bears rank seventh in field goal percentage defense (47.4).

Central Arkansas is located in Conway, a town of roughly 65,000 in the heart of Arkansas. Texas coach Karen Aston, who began her career at Vilonia (Ark.) High School in 1988, said that was just a “15-minute drive” to Conway.

“Central Arkansas is used to winning and they’ve been winning a lot of games,” Aston said Monday. “It won’t be a surprise to play us and it won’t be intimidating to them.”

Texas (23-8) has not played since losing in the Big 12 semifinals to upstart West Virginia on March 5. It was UT’s fourth loss in six games, prompting one reporter on Monday to suggest the Longhorns were “losing oil” down the stretch.

“We got some new oil and got the car fixed,” Aston said. “The car was put in the shop for a few days and we worked pretty hard on it.”

Texas will have a size advantage over Central Arkansas, whose tallest players are 6-1 centers Raquel Logan and Kierra Jordan. That could benefit the Longhorns, who rank sixth in the nation in rebounding margin (10.2) and 19th in blocked shots per game (5.6).

Texas joins Baylor, Oklahoma, West Virginia, Kansas State and Iowa State as Big 12 representatives in the NCAA Tournament. Aston had predicted the conference would get six teams in the field two weeks ago.

“I think I’m the only coach who did that,” she said. “It was a while back when I said our league was being under-appreciated. … West Virginia’s run really helped our league. As much as we didn’t like the way it happened, it made our league appreciated a little bit more.”