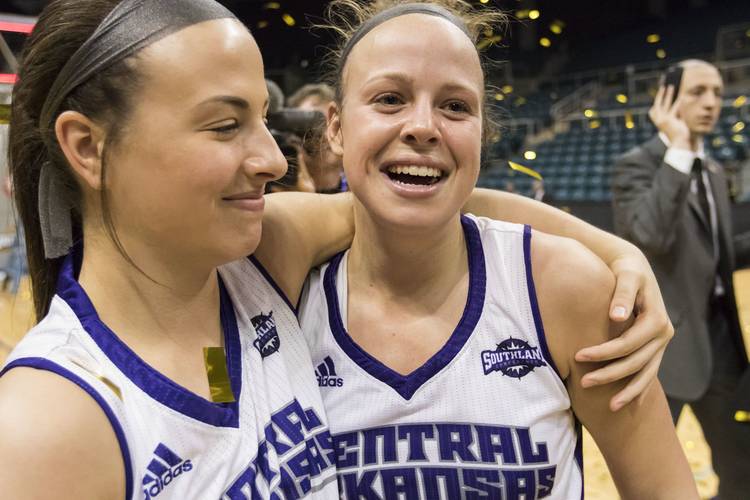 “We’ve got the best mascot in the country,” Rushing said. “Someone asked where it came from. I said it’s because we’re sweet.”

Sweet, perhaps, but also short. The Sugar Bears rely on their tallest players, 6-1 posts Kierra Jordan and Raquel Logan. Jordan, who comes off the bench, ranks second in the team in scoring (13.7 ppg) and leads the team in rebounding (6.8). Logan, meanwhile, has blocked 46 shots through 30 games.

“I’m sure Texas will be stronger, maybe a little quicker,” senior guard Brianna Mullins said. “But regardless of that, I feel like my teammates and I have the heart to come and just play basketball.”

“People might not remember they were ahead of Louisville after the first quarter last year (in a first-round NCAA tournament game),” she said.

Lang said the Longhorns need to take advantage of the height mismatch.

“We’ve been talking about how we need to throw the ball inside and we need to expect double-teams,” Lang said. “We need to kick the ball back to our guards.”

Wolfpack are rising: North Carolina State is the No. 6 seed in the Lexington Regional. But if you ask the Wolfpack, they’re seeded too low.

“If you would have told me five teams from the ACC were going to be hosting, I would have felt pretty good about playing at home this weekend,” coach Wes Moore told the Raleigh News & Observer on Monday. “Not real sure about how a team that finishes seventh in the league (Miami) gets to host. But hey, must have friends in high places. I don’t know.”

The Wolfpack are 22-8 overall, 12-4 in the Atlantic Coast Conference.

ACC teams that will play host to first- and second-round tournament games are Mississippi State (No. 2 seed), Maryland (3), Florida State (3), Kentucky (4) and Miami (4).

Pressing their luck: When the ball is tipped, Auburn will be in a full-court press.

Tigers coach Terri Williams-Flournoy got the idea of pressing 40 minutes a game when she coached at Georgetown. She had a bird’s-eye view of John Thompson Jr., who coached the men’s team.

The Hoyas “wreaked havoc” with the press, Williams-Flournoy said.

“Actually it’s funny, I just watched the clip the other day of ‘40 Minutes of Hell’ (about former Arkansas coach Nolan Richardson). Watching that defense, that’s the way I’ve always wanted to play.”

From Africa to Austin, life has been a journey for Texas’ Olamide Aborowa