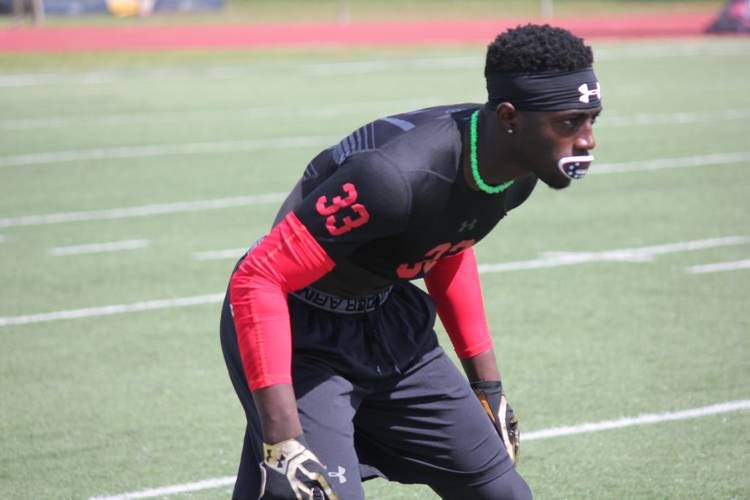 If Texas is DBU, then Houston Lamar should be known as DB Prep.

Current Longhorns defensive backs Holton Hill and John Bonney are Lamar products, as are former Texas stars Rod Babers and Drew Kelson. And that doesn’t include a longer list of prospects who have ended up at other college programs.

Lamar earned its reputation as a school filled with athletes and the 2018 recruiting class is no exception. Anthony Cook, a five-star cornerback and the No. 1-ranked prospect on the American-Statesman’s Fabulous 55, will roam the Texans’ secondary along with fellow Fab 55 member D’Shawn Jamison, a four-star cornerback.

Cook reports that he has 35 offers and counting. He announced Monday that he’ll participate in the U.S. Army All-American Bowl in San Antonio next January. He’s considering schools like Texas, Ohio State, Clemson, LSU and others. At 6-1, his height makes him a rare prospect that coaches around the country covet.

But it wasn’t always that way.

“Coming in as a freshman, Anthony played fullback,” recalled Theadis Reagins, Lamar’s secondary coach. “He went over to the wide receiver at the first practice and I told him to come with me to work with the secondary. We had Holton Hill at the time and I saw some similarities. Anthony was 5-foot-11 and lean as a freshman.”

Cook went from wannabe receiver entering his freshman season to becoming Lamar’s best cornerback by midway through his sophomore year. He’s earned his reputation as a play maker, recording 10 interceptions over his last two seasons. The recruiting rankings and offers followed.

“He’s very technique-sound,” Reagins said. “He might not be the fastest cornerback, so he makes up for that with hard work, technique and tenacity. Anthony doesn’t take plays off. He won’t even take camps off. He tries to work every rep. He’s the hardest worker on the field.”

Cook’s star blinds people to the talented corner that lines up across from him. Jamison also holds a Texas offer. Height, or lack of, keeps him from receiving the same five-star status of Cook. He’s 5-10.

“If D’Shawn was Anthony’s size, he’d be a five-star. There is no question about that,” Reagins said. “He’s faster, stronger and quicker, but Anthony has better technique. D’Shawn relies too much on his athleticism and he’s starting to recognize that as he matures as a player. He’s probably the most versatile player we have on our defense.”

Jamison played nickel corner as a sophomore and specialized in blitzing off the edge, collecting four sacks. He moved to safety as a junior and played both field and boundary safety positions before moving to cornerback during the playoffs.

“Those two guys allow us to do a lot of things on defense,” Reagins explained. “With those two guys at corner, we can let the safeties focus on the run and play 9-on-9.”

Cook and Jamison aren’t the only prized Lamar recruits in the 2018 class. Wide receiver Al’Vonte Woodard is ranked No. 13 on the Fab 55 and presents unique challenges for the talented cornerback duo on a regular basis. Running back Ta’Zhawn Henry recently released a top 12 list that included the Longhorns, though Texas has yet to offer. Herman’s staff has offered the other three Lamar prospects. Cook and Jamison were invited to The Opening Finals in Oregon this summer.

“Iron sharpens iron, and those guys are competitive. It makes everyone on the team better to watch the best players go at it and improve,” Reagins said. “All of those guys are close. They grew up together and played together before all the stars and offers. I think they want to play at the next level together if possible.”