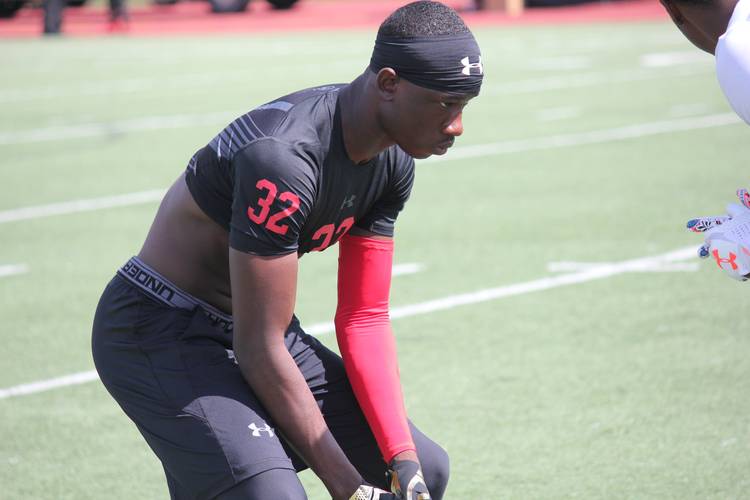 The most important position in sports is quarterback. The same is true in recruiting. Picking up an early commitment from a blue-chip quarterback prospect with clout can jump-start a class. The quarterback becomes the face of the class and, in many circumstances, starts recruiting for the program himself as hard as the head coach and the staff. Sam Ehlinger recently played this role for Texas.

National signing day for the 2017 class was two months ago. The Longhorns have yet to pick up a commitment from a quarterback. In fact, the Longhorns only hold one commitment for 2018, and that’s from out-of-state wide receiver Justin Watkins.

The need for quarterbacks in Austin is obvious. Herman spent March tracking potential graduate transfers to help compete and add depth to a position that has only two scholarship players. The Longhorns should be fine with Ehlinger and returning starter Shane Buechele. Wide receiver Jerrod Heard could be used at the position in much the same way Herman developed Houston quarterback Greg Ward.

Still, the 2018 class is important for Herman. And the most important piece to the class will be at quarterback. That’s just how it goes.

Right now, the emerging prospects for Texas in the 2018 class are both out-of-staters — Casey Thompson, a four-star prospect from Oklahoma, and Louisiana’s Justin Rogers. Thompson visited Texas over the weekend to take in practice and get a better feel for the UT staff. Rogers recently picked up a Texas offer and says the Longhorns are in the mix.

“I love Austin,” Thompson said. “Texas is a great program and I’m building a strong relationship with (coach) Herman and (coach) Tim Beck. They want to run a style of offense that’s fun for quarterbacks and the other players. The program is going in the right direction.”

It’s never too early to lock down a top quarterback target for 2019, and the Longhorns seemed locked in on Port Neches-Groves’ Roschon Johnson. The 6-1, 192-pound dual-threat quarterback is the only 2019 quarterback that Texas has offered so far; he also visited UT over the weekend.

“The coaches at Texas are intense when it is time to work,” Johnson said. “They’re taking the turnaround serious and that is important to me. The history of coach Herman and coach Beck with quarterbacks is clear. They like to use quarterbacks the way I like to play.”

Latest on Cook: The state’s top player announced earlier this week that he’d participate in the U.S. Army All-American Bowl in San Antonio. He’s high on Texas and a winning season this fall might be all he needs to sign. Texas is in the mix with his Houston Lamar teammates Al’Vonte Woodard and D’Shawn Jamison, so if Herman’s staff can convince one or both of those players to commit, it would only improve the chances of landing Cook. His defensive backs coach at Lamar said the trio discusses playing together in college. Woodard announced Tuesday that Texas is in his top 10. Clemson might be the team to watch for Cook. He was impressed with the facilities during a recent visit.

Latest on Foster: Texas leads for the five-star safety. Foster was the No. 1-ranked player in the class heading into his junior year, but a knee injury forced him to miss the final half of the 2016 season and he’s yet to participate in a camp this year. When healthy, there might not be another player in the state with more raw potential than Foster. He can play either safety position and it’d be an upset if the Longhorns don’t eventually sign him.

Latest on Wright: The Longhorns aren’t completely out of the running for the state’s best defensive end, but it sure seems like a long shot at best. Texas A&M is the known leader for Wright, who did visit Texas on junior day and gave rave reviews about the trip and the coaching staff. He had a strong relationship with the staff at Houston and the hope is that a winning season and some recruiting magic by defensive line coach Oscar Giles can keep the Longhorns trending upward for Wright as the cycle continues.

Latest on Sterns: Sterns committed to LSU the day after Ed Orgeron was named LSU’s head coach. He’ll sign with the Tigers unless something weird happens before signing day.

Latest on Preston: The state is loaded with wide receiver talent in 2018 and Preston is arguably the best. There’s a trio of receivers in the conversation for who’s the top receiver prospect in the state — Preston, Alief Taylor’s Brennan Eagles and Houston Lamar’s Woodard are all in that mix. The Longhorns are in better position with Eagles and Woodard, with Preston favoring Texas A&M.

Latest on Epps: A one-time Alabama commit, Epps re-opened his recruitment at The Opening regional in Houston when he announced his de-commitment from the Crimson Tide. Epps is a unique tight end prospect. He’s long and lanky at 6-6. He uses his height to his advantage as a receiver and says Texas sees him as a player who could flex-out and play multiple spots in the offense. If the Texas offense utilizes a tight end early and often this season, the Longhorns will move up Epps’ board.

Latest on Simpson: Simpson is the only top-10 prospect on the Fab 55 without a Texas offer. He’s an Oklahoma lean.

Latest on Clement: Clement is another top-rated player the Longhorns are chasing, but A&M appears to be in the driver’s seat for the top interior lineman in the state. Clement is a bully on the field, but remains mostly quiet when recruiting is discussed. He’s playing it close to the vest and has visited Austin this year. Texas is not out of it, but he’s more likely to end up in College Station.

Latest on Green: Texas was once considered an afterthought for Green, but a recent visit by the four-star cornerback moved the Longhorns up his list. LSU will be the team Texas must battle for his signature and the Tigers are still the favorite. Texas wants to sign three cornerbacks in 2018. If the Longhorns can get Cook, Green and Jamison, they would ink the best cornerback trio in the country.

Latest on Muhammad: Muhammad had no interest in Texas until Herman and his staff made the move to Austin. Under Charlie Strong, Muhammad wasn’t recruited heavily because the air-raid doesn’t use a three-down tight end who can block and be a receiving threat. Herman’s offense will use a tight end like that and Muhammad is now strongly considering the Longhorns along with Clemson and others.

Texas softball falls to Texas State for the second time this season, 2-1