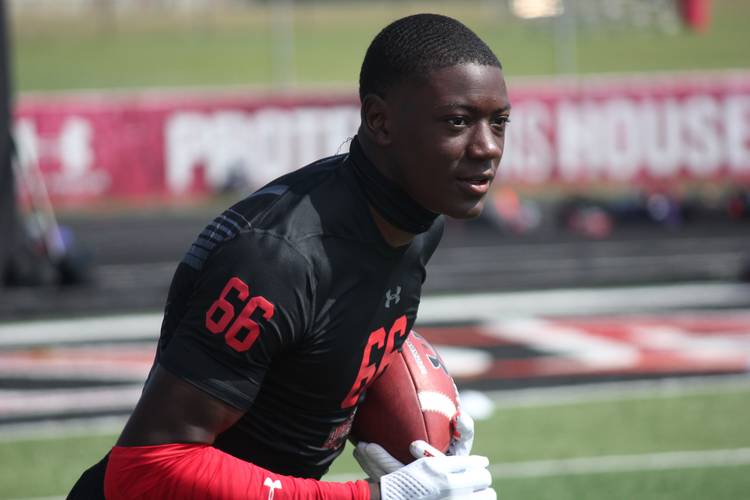 Texas needed a commitment from an in-state talent to truly begin the 2018 class. The first commit, Florida athlete Justin Watkins, is a four-star athlete with the chance to make an immediate impact as a true freshman, but it is tough for a prospect that far removed from the state to rally together a class.

Tom Herman’s first real recruiting class at Texas needed familiar blood. It got exactly that in Fort Worth Hills linebacker Byron Hobbs. The three-star prospect likely gains a consensus fourth-star following spring evaluations. He was one of the top performers in Dallas at The Opening regional and the Under Armour All-America Camp Series.

At nearly 6-foot-4 and 205 pounds, Hobbs is a hybrid linebacker with position versatility. New Texas defensive coordinator Todd Orlando thrives with those types of athletes. He wants players who can be multiple and play against a variety of offensive looks.

Hobbs visited a Texas practice March 25 and walked away impressed with the attitude of the new coaching staff and caught a glimpse of the Rover linebacker position he’ll play at Texas.

“Texas showed me a lot. They have the position I want to play,” said Hobbs at the Under Armour All-America Camp Series the day after visiting Austin. “Coach Orlando is aggressive. For an old guy, he has a lot of juice. The practice was energetic.”

Hobbs, who floated under most recruiting radars as a junior because of his team’s lack of success in Class 5A, recorded 86 tackles, nine sacks, forced four fumbles and notched an interception in 2016. He also scored a touchdown on three of the five catches he made as a junior.

Skillset: Hobbs is a fast, explosive athlete with raw upside at either outside linebacker position. He’s already adept at rushing the passer off the edge and is more comfortable attacking downhill than playing in space at this state in his development. He’s not a finished product and his best football is ahead of him. Hobbs showed the ability to cover running backs at both camps he’s attended this calendar year and never shied away from snaps despite not playing at a high-profile high school. Hobbs’ frame should allow him to add 30 pounds in a short time once he hits a college weight room.

Immediate impact: Texas will need linebacker help when Hobbs steps on campus. He might not need to compete for a starting role as a freshman, especially if Malik Jefferson sticks around the 40 Acres for his senior season, but Hobbs will need to provide quality depth. His ability to get around the edge could earn him snaps in passing situations. A redshirt year to grow in the weight room and as a player wouldn’t hurt, but it might not be a possible luxury.

Fitting into the program: Hobbs is exactly the type of linebacker Orlando wants in a Texas uniform. The Longhorns want to build a defense based on speed and Hobbs is a fast player for his size. He’s raw, but he’s an elite athlete with length and upside. The 2018 class is important for Herman and his staff and they wouldn’t take a player this early in the cycle without supreme confidence in the prospect’s potential.