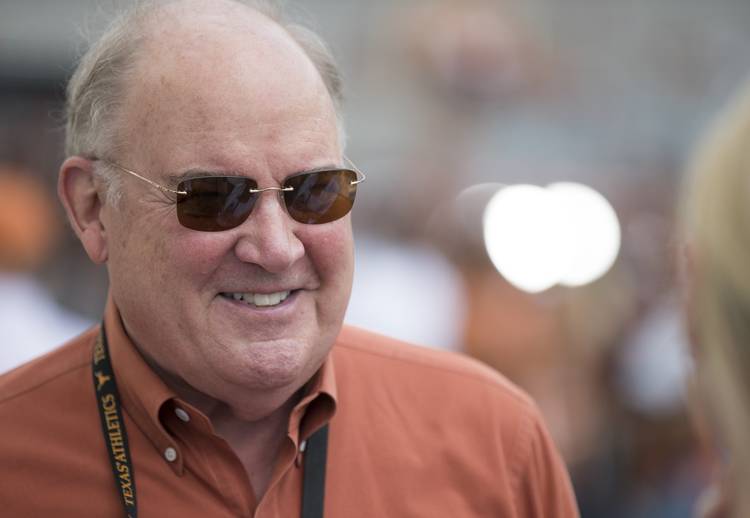 Texas officials are searching for a new director of student services as the athletic department continues to reshape the academic guidance offered to athletes in the wake of the Marsh report.

Men’s athletic director Mike Perrin said Wednesday that UT has begun looking for a new person to oversee academic services, the position once held by Randa Ryan. She left her position in 2015 but remained on the payroll through the following January, commanding a package worth about $260,000 annually — believed to be one of the highest in the profession.

The American-Statesman reported that Kat Hastings, Ryan’s lieutenant, had taken over day-to-day operations of the office in February 2016. However, UT officials have never said how long Hastings would hold the job. Hastings, a former UT softball player, has been with the department since 2002.

“Presumably, she will not head it, although she will have a very substantial role in a couple of new things that we’re looking at,” Perrin said of Hastings.

Ryan oversaw student services when Alabama attorney Gene Marsh was brought in to do a comprehensive review in 2015 after allegations of academic misconduct. The six-month review found no wrongdoings, something the NCAA concurred with. But Marsh did make multiple recommendations in his 49-page report.

One specifically addressed the sheer amount of responsibility — some on campus would suggest power — held by the student services office. “The way I read the Marsh Report, that office had become a bottleneck,” Perrin said. “It had too much under it.”

By hiring a new director, UT officials are essentially charting a new course in how they want athletes to work with tutors and manage their own degree plans. The Marsh report indicated that too many athletes were steered toward the College of Education, for example.

In a document outlining recommendations to UT President Gregory L. Fenves based on Marsh’s findings, the athletic department appears to be shifting its thinking. Going forward, athletes will bear more responsibility for choosing their own coursework toward degree plans, and at-risk students will be monitored by a committee instead of an ad-hoc basis.

“When I first got the Marsh report in January of ’16, I thought initially it might be easier to make a lot of changes in a short period of time,” Perrin said. “But it dawned on me pretty quickly that there is no way to do that.”

Some UT teams continue to thrive academically. The school announced Wednesday that three teams — men’s tennis, women’s basketball and women’s swimming and diving — had earned public recognition awards from the NCAA for their academic progress.

A Fab 55 profile: Joseph Ossai turned an unfamiliar sport into a college future