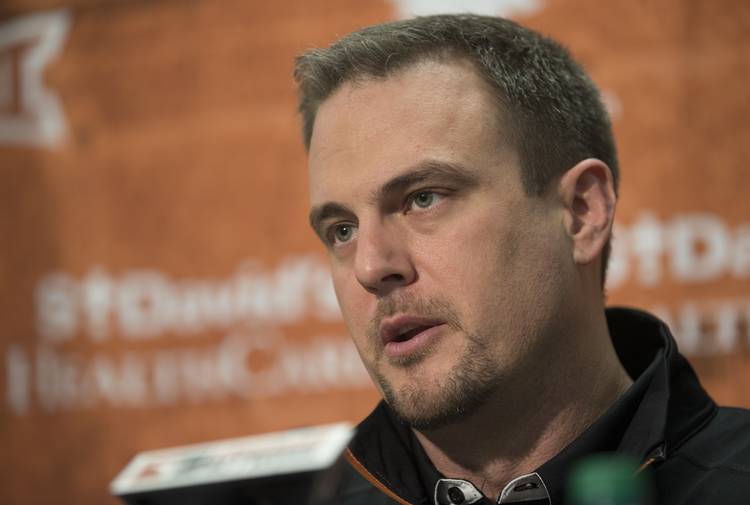 Everybody likes a good deal. That includes Texas, one of the most profitable athletic departments in the nation.

As it turns out, the overall cost of those state-of-the-art lockers being installed in the football facility will actually cost $8,700 each — not $10,500 as previously thought. The final figures include $7,200 for the locker structure and $1,500 for the 43-inch television monitor atop each bench and ventilation technology, according to a UT spokesman.

With 126 new lockers going in, Texas will spend nearly $1.1 million alone on the most talked-about aspect of the football program’s $10-million facility makeover.

The money to pay for the entire project is expected to come from the UT athletic operating budget. The football program alone generated a $99.2-million profit during the 2015-16 athletic year, according to the most recent audited figures. The surplus is used to fund the rest of the athletic department. UT athletics is financially self-sufficient and receives no state funds.

According to information obtained through an open records request, J.T. Vaughn Construction won the contract to handle the improvements inside the Moncrief-Neuhaus Athletic Center.

Upgrades inside the locker room itself will cost about $7.85 million, according to the contract. Other money will be spent to freshen up the look inside the weight room, install a game clock inside Moncrief and change the passageway from the locker room to the Royal-Memorial Stadium field. The entire project is projected to be $10 million.

Vaughn Construction sub-contracted the work with Longhorn Lockers, a company that created a unique presentation for UT athletes.

Head coach Tom Herman also wanted a complete overhaul of the wall graphics inside the UT football facility, and that work also will go to a sub-contractor, according to a spokesman. No final decisions have been made, but the designs will be created in-house.

Tommy Lakes and Matt Lange, two new hires under Herman, have won rave reviews on social media and from within the department for their graphic designs.

During spring practice, Herman said he’s hoping to have the renovations completed before the team’s “Friday Night Lights” recruiting event in July.

A Fab 55 profile: Joseph Ossai turned an unfamiliar sport into a college future

Texas sports notebook: As her career winds down, Tiarra Davis is securing her softball legacy