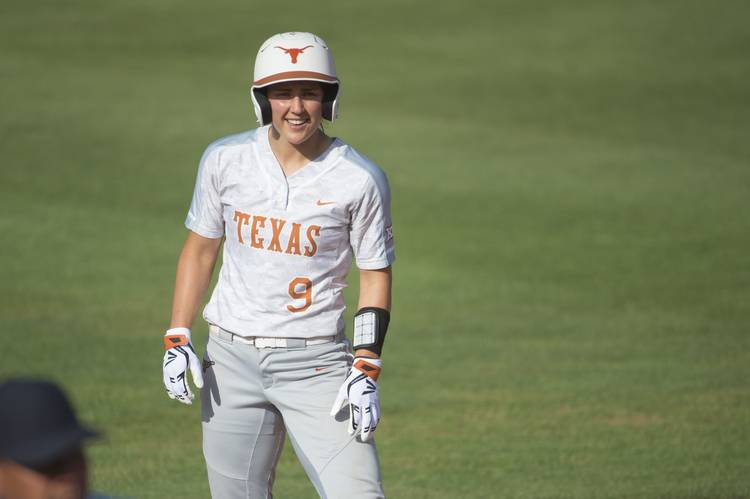 If you recently wandered onto the Texas campus, you might have found the textbook definition of a student-athlete.

Longhorns juggled academics and athletics this week as final exams began on Wednesday. The baseball team didn’t have it that bad — the Longhorns don’t have any games scheduled this week so the team took the first three days off — but the stakes were higher in other programs. The softball team is in Oklahoma City for the Big 12 tournament. The track and field program is also chasing conference championships in Lawrence, Kan.

“It’s definitely the most stressful week you could ask for,” junior decathlete Steele Wasik said. “I think knocking out the finals early and then going into conference, you kind of have a ‘This is the week’ mentality, and you’re going to put it into drive both in the classroom and on the track.”

On Sunday, softball coach Connie Clark said she probably wouldn’t hold a team workout until Thursday. The early-week practices would instead focus on individual and small group work. Track coach Mario Sategna noted that his program began altering its practice schedule last week, adding that having athletes rest while they’re studying isn’t necessarily a bad thing at this point of the season.

The softball team left Austin on Wednesday, and the track team had a chartered flight scheduled for Thursday afternoon. Those plans did not conflict with many of the athletes’ academic responsibilities. However, softball players Stephanie Wong and Kristen Clark had to join their teammates a day later because of their finals. Two track athletes will have to take tests on the road at Kansas’ academic center.

“The most important part of school and being a student-athlete is the student part of it,” said catcher Randel Leahy, who’s one of five Big 12 players with a 4.0 GPA over the past two semesters. “Academics comes first, and then athletics comes second.”

Because of finals, the hunt for a Big 12 title may actually serve as a respite for some athletes. In fact, Leahy said the softball team refers to the softball field as its tree house.

“That is a place where once we get done studying, once we get done taking tests and schoolwork and stuff, we come to our tree house,” Leahy said. “That’s our break time, a time we can spend with our team and practice and get good work in.”

In-house competition: Leading off for Texas at the Big 12 track meet on Friday will be Wasik and fellow decathletes Wolf Mahler and George Patrick.

Wasik, Mahler and Patrick finished first, second and third in the heptathlon at the Big 12 indoor meet in February. In the 10-event marathon that is the decathlon, Mahler boasts the best score in the Big 12 this spring. The mark of 7,897 points that he posted at the Texas Relays will likely qualify him for the NCAA outdoor championships. Wasik and Patrick still have work to do if they want to compete next month in the Oregon-hosted meet.

Mahler, Patrick and Wasik’s performances in their multi-event competitions have led to some competitive practices.

“My favorite practices are the ones that we just compete against each other and we’re all kind of raising the bar a little bit each time,” said Patrick, who is the son of former UT All-American Jason Patrick. “It’s good because we’re all pretty equal in everything. Everybody has their niche, but at the same time we can really accomplish a lot by competing against each other in practice.”

That competitive spirit will soon spill over into Mahler’s, Patrick’s and Wasik’s home lives. The teammates plan to become roommates alongside Mahler’s and Patrick’s dogs.

If Texas’ Andrew Jones can ‘crack the first round,’ he’ll stay in the NBA draft