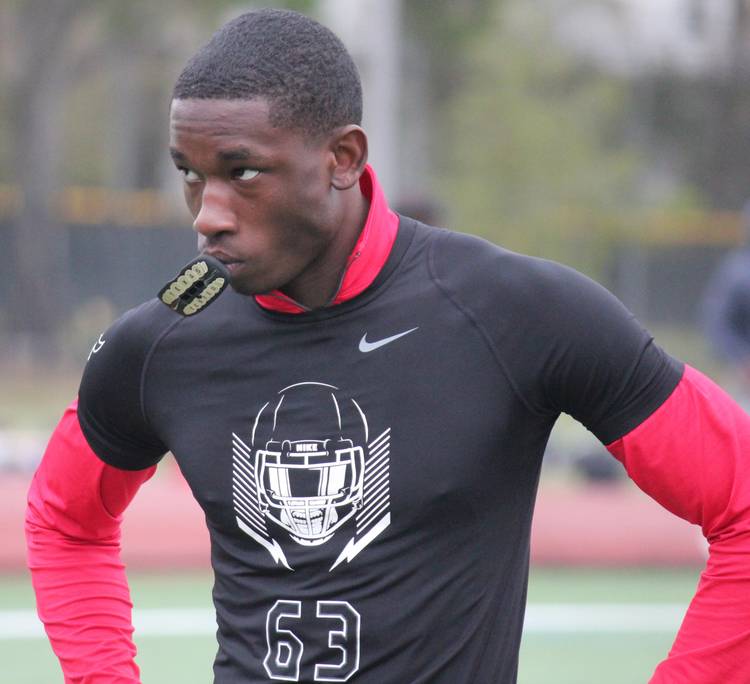 Texas enters June with 10 commitments. The Longhorns recovered from a slow start to the 2018 class and now rank No. 5 in the country and No. 1 in the Big 12. The 2018 class can’t consist of more than around 20 players because of scholarship limits. Five of the 10 commitments play offense and one is a kicker.

It leaves Texas roughly halfway done with the 2018 class barring any de-commitments or unexpected changes to the current commit list. Texas holds pledges from two quarterbacks, a running back, a wide receiver, an offensive tackle, a defensive end, an outside linebacker, a defensive back and a kicker.

With four defenders committed, Texas has work to do before national signing day. Here are five of the top prospects remaining on defense.

Latest on Foster: The state’s top safety prospect is set to decide June 5, and Texas fans should anticipate that date because the Longhorns are overwhelming favorites to land him. Foster suffered a knee injury as a junior, which might have cost him the distinction as the top player in the state. He’s a unique athlete and a potential NFL talent. He’ll become the headliner of the 2018 class, along with Caden Sterns, if he chooses Texas. Foster can play strong or free safety in college. When healthy, there’s no better player in the state.

Latest on Cook: The state’s top player still lists Texas among his top schools. That doesn’t mean the Longhorns are a lock to sign him, though. Cook likely won’t make a final decision until signing day. That gives the Longhorns months to seal the deal with him. Houston Lamar is known for putting cornerbacks at Texas and his teammates — Al’Vonte Woodard and D’Shawn Jamison — hold UT offers and both are leaning toward Texas. If the Longhorns can lock up his teammates and sport a winning record in the fall, Cook could sign with Texas. If not, he’ll end up at a program like Ohio State or Clemson. If it is Ohio State, it would be the second year in a row that the No. 1-ranked played on the Fabulous 55 becomes a Buckeye; Kennedale linebacker Baron Browning signed with Urban Meyer’s program in 2017.

Latest on Green: Many scouts in Texas argue that Green, not Cook, is the best cornerback prospect in the state. He’s raw compared to Cook, but the physical traits are all there for Green to become an all-conference talent. He ranks No. 9 on the Fab 55. He began his high school career as a quarterback and is still learning the position of cornerback. No corner in the state possesses the raw upside of Green, and Tom Herman started recruiting him while at Houston.

Latest on Coburn: Coburn wants to see the Longhorns win before he commits. He’s made that clear a few times. The ties to Coburn are obvious and have Texas in the driver’s seat heading into the summer. Coburn once played for Texas assistant coach Corby Meekins. And Meekins’ brother, Matt, is now Coburn’s head coach at Westfield. Coburn enjoys a strong relationship with his coaches and was recruited hard by this staff while at Houston. He attends the same high school that produced Ed Oliver, whom Herman signed at UH.

Latest on Adeoye: Texas wants a middle linebacker in the 2018 class. The Longhorns found an outside linebacker in Fort Worth Eastern Hills’ three-star Byron Hobbs. Recent four-star safety DeMarvion Overshown has played some linebacker in high school and could easily grow into a linebacker because of his 6-foot-4 frame. The options at the Mike linebacker inside the state are limited, however, and Herman’s staff is focusing its efforts on Adeoye, a native of St. Louis. The four-star talent is expected on campus over the weekend, making him a legitimate target in the eyes of the Texas staff. Texas can move to the top of Adeoye’s list if the visit goes as planned.