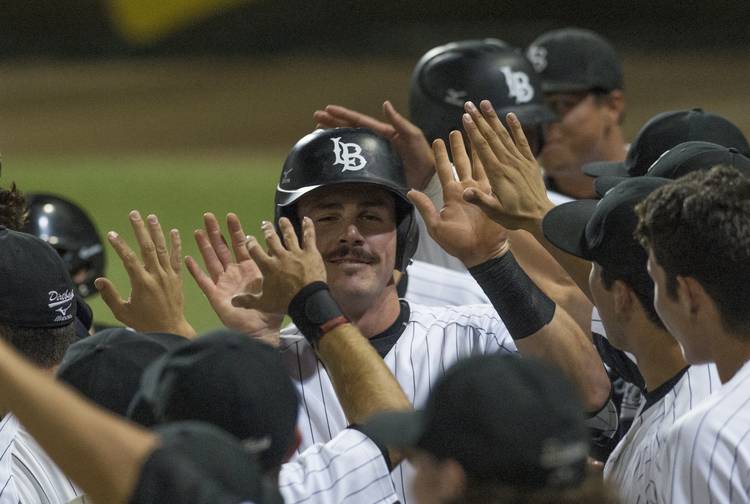 Jarren Duran drove in two runs and Long Beach State extended its season with a 4-3 win over Texas on Sunday night. Long Beach State’s one-run triumph came a day after UT beat the Dirtbags in 12 innings.

The loss was Texas’ first at the Long Beach regional. Texas (39-23) and Long Beach State (40-18-1) will now play for the competition’s championship Monday at 10 p.m. Central. The winner advances to meet Cal State Fullerton (37-21) in the super regionals.

“We know that our back’s against the wall and so is theirs,” said Texas senior outfielder Zane Gurwitz. “‘We’ve got great pitching left; I’m not worried about it. We’ve just got to go out there and play our game from pitch one.”

Playing just hours after it bested San Diego State in an elimination game, Long Beach State never trailed on Sunday. The two teams, however, were locked in a 3-3 tie after the sixth inning.

Longhorns reliever Blair Henley struck out the first batter he faced in the eighth, Garrett Nelson, but Nelson still reached first base safely when catcher Michael Cantu couldn’t catch Henley’s strikeout pitch. Then Nelson stole second and was bunted over to third. Duran drove him in with what would become the game winner with a two-out single.

The RBI single was the second of the night for Duran, who was tagged out while trying to score the game-winning run in the 10th inning of Saturday’s showdown. Duran, though, didn’t buy that his story on Sunday was one of redemption.

“I don’t feel any emotion swings,” Duran said. “The team is right where we need to be. We want it bad enough, and we showed it today.”

Texas was unable to respond to Duran’s hit. The Longhorns, who were held to six hits, went scoreless in seven of the nine innings.

The Longhorns’ biggest threat came in the bottom of the fifth and trailing 2-0. Bret Boswell, after hitting a one-out double, scored when the Dirtbags couldn’t turn Cantu’s sharply-hit chopper up the middle into an inning-ending double play. Soon Texas, now trailing 2-1, loaded the bases. That set up two calls that worked against the Longhorns.

After Patrick Mathis was called out on strikes, Gurwitz came through with a single to left field. Ryan Reynolds trotted home from third to tie it 2-2, and Cantu appeared to follow close behind with the go-ahead run. Home plate umpire Perry Costello, however, ruled that Cantu did not touch the plate during his side. He was tagged out and the Dirtbags escaped the inning tied on the scoreboard.

“I can’t see if he hit the plate from my angle, I’m 100 feet away,” said Texas coach David Pierce, who unsuccessfully argued the call. “I just watched Michael’s reaction. Michael’s a very respectful young man that plays the game right and plays the game hard. He thought he touched home plate.”

The tag-out ended both the inning and Dirtbags pitcher Tyler Radcliffe’s night. The reliever, making his first start and ninth appearance of the season, allowed five hits. The six-foot right-hander had seven strikeouts, six of which came during his first trip through the Texas lineup. He ended up earning a no-decision, the same as UT starter Kyle Johnston. Johnston gave Texas seven innings; he struck out four while allowing six hits and four walks.

Rounding the bases: Pierce told reporters that he hadn’t yet chosen a starting pitcher for Monday night. Nick Kennedy (8-1, 2.82 ERA) and Connor Mayes (1-2; 6.00) are the only starters who haven’t thrown yet. … Four defensive assists gave shortstop David Hamilton 211 on the season, which ties him for the 10th-best season in school history. … Boswell drove in Texas’ final run on a sixth-inning groundout. … Duran was the only Dirtbag to hit Henley, who pitched two innings and was credited with the loss.