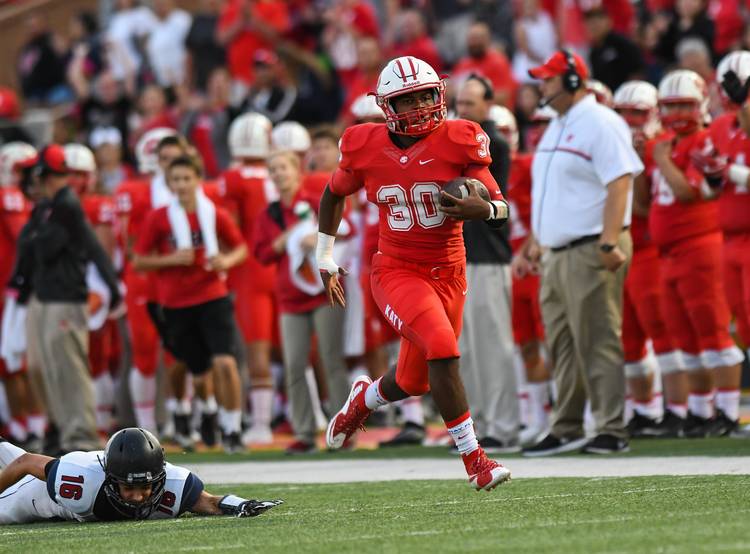 Texas’ 2019 recruiting class will begin taking center stage as the 2017 season begins. The Longhorns already hold 12 commitments for their 2018 class, which is about half of what they’ll need. Recruiting, especially now with new rules allowing an earlier signing period, will speed up even more.

The state of Texas is always a recruiting hotbed and that won’t change in 2019. The state’s No. 1 player for that year — Dallas Bishop Dunne safety Brian Williams — is a five-star talent. He became a starter there as a freshman and quickly arrived on the recruiting radar. He already holds more than 30 offers.

“Brian is one of the best athletes I’ve ever coached,” said Bishop Dunne coach Michael Johnson. “His physical ability is easy to notice. He’s always the best athlete on the field and he isn’t afraid to let opponents know it. But Brian is also a leader and an intense competitor, which makes him special.”

The 6-foot, 185-pound safety is the younger brother of Arkansas running back Rawleigh Williams III. As a sophomore, he recorded 78 tackles and eight interceptions. He returned one of those interceptions for a touchdown and had another score off a fumble return.

The No. 2 player on the 2019 list is Fort Bend Travis wide receiver Arjei Henderson, a five-star speedster who already holds more than 40 offers after a 100-catch, 1,401-yard, 18-touchdown sophomore season. He’s one of six receivers on the 2019 list, which is the most well-represented position unit.

Allen’s Theo Wease, at No. 4, Cuero’s Jordan Whittington (No. 5) and Colleyville Heritage’s Kam Brown (No. 10) are other receivers ranked among 2019’s top 10 prospects. And Stafford’s Jalen Curry and Lake Travis’ Garrett Wilson are 16th and 19th.

Wilson helped Lake Travis win a Class 6A Division II championship as an emerging sophomore prospect. The four-star wideout caught 53 passes for 699 yards and 12 touchdowns in 2016.

Offense dominates most of the list. Fifteen of the 25 prospects play offense. There are three quarterbacks, two running backs, a tight end and three offensive linemen along with the six receivers. Bishop Dunne’s Marquez Beason is listed as athlete; he could wind up at running back, wide receiver or even on defense.

Williams is one of only two defenders to crack the top 10. The other is outside linebacker prospect NaNa Osafo-Mensah of Fort Worth Nolan Catholic. Defensive end is the most represented position group among the defensive spots with four members. Osafo-Mensah and Marcel Brooks (No. 13) are listed as outside linebackers, but could both easily become full-time defensive end prospects by their senior season.

Houston St. Pius X quarterback Grant Gunnell, who committed to Texas A&M on Monday, is the top-rated quarterback in the state. He’s ranked No. 8 with Port Neches-Groves’ Roschon Johnson, who holds a Texas offer, checking in at No. 14. Allen’s Grant Tisdale is ranked No. 25.

Texas has offered 12 of the 25 players on the list, including offensive tackles Kenyon Green (No. 3) and Tyler Johnson (No. 23). The lone tight end on the list is Prestonwood Christian’s Austin Stonger. No cornerback made the list.