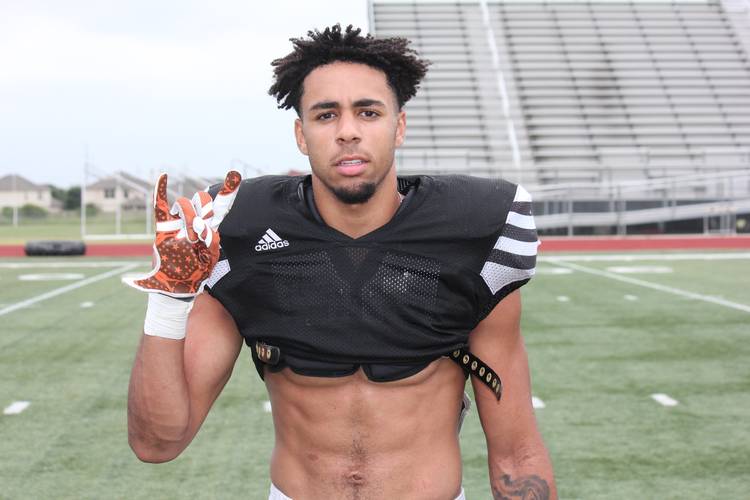 BEAVERTON, Ore. — No program in the country possesses better safety commitments for the 2018 class than Texas. The trio of B.J. Foster, Caden Sterns and DeMarvion Overshown are one of the major reasons the Longhorns’ class is ranked No. 8 in the nation and No. 2 in the Big 12, per 247Sports’ composite.

Texas has 11 commitments entering this week’s The Opening Finals. Three of those pledges — Foster, Sterns and wide receiver Rondale Moore — will take part in the Nike-hosted all-star event. Foster is a five-star prospect and the No. 1-ranked safety in the nation. Sterns is ranked fourth at the same position. Both are ranked in the top five of the American-Statesman’s Fabulous 55.

Sterns will arrive in Beaverton on Friday.

“I’m excited about the competition and the opportunity to learn,” Sterns said by phone. “I’m going in with the mindset to prove I’m one of the best defensive backs in the country. I want to show I can line up at cornerback and shut down the best dudes and play safety and roam the middle.”

That versatility is shared among the safety commits. Sterns can play corner, safety or nickel. Foster can play either deep safety position. Overshown, the one Longhorns safety commit not at The Opening Finals, has played linebacker and safety in his prep career at Arp.

“We’re all good at different things, and that makes us a special trio,” Sterns said. “Overshown will lay the boom and he’s so physical for a safety. Foster is a stud. He can play anywhere in the secondary, and I’m the same way. It’s going to be special.”

Sterns is one of 14 Texans set to compete at The Opening, which ends on Monday. The competition hosts 166 of the best high school football players in the country and concludes with a linemen challenge and a 7-on-7 tournament.

“It’s humbling to be included with the best players in the country,” Sterns said. “It also gives me motivation to show up and perform. No one wants to get embarrassed. Confidence and a short-memory is the key for any defensive back. You’ll get beat, so it is about not letting a bad play become multiple bad plays.”

The end goal for Sterns is the NFL. His brother, Jordan, was an all-Big 12 performer at Oklahoma State and signed as an undrafted free agent with the Kansas City Chiefs earlier in the spring.

Jordan was an underrated recruit coming out of high school. That’s a common theme in San Antonio. The Sterns are helping to change that perception. Caden helped lead Cibolo Steele to a state championship game appearance last year as a junior.

“I know there is more talent in San Antonio than gets recruited or talked about. There are some good teams and a lot of really good players down here,” the four-star safety said. “Hopefully, with guys like me and Tommy Bush headed to The Opening this year it will help put San Antonio more on the map. It’s starting to change.”

The Opening Final preview: 14 Texans set to compete in Oregon