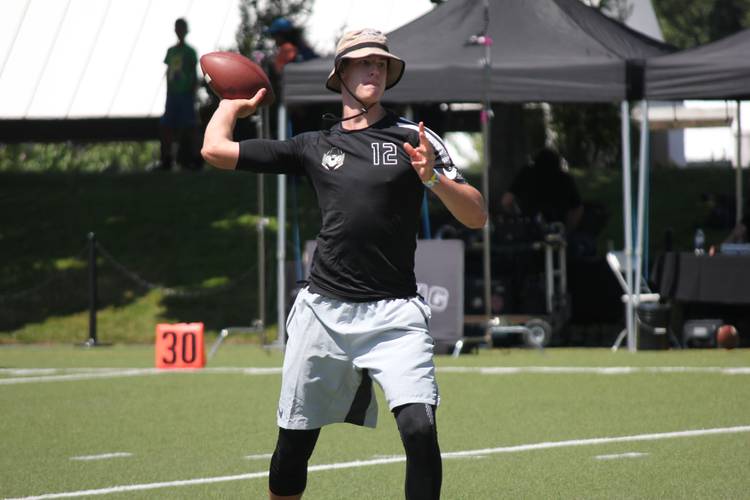 BEAVERTON, Ore. — The state of Texas didn’t produce an Elite 11 quarterback for this 2018 cycle. There are 14 Texans in Oregon for The Opening Finals, but not one plays quarterback.

That doesn’t mean, however, that the Longhorns aren’t paying attention to any of the elite prospects at the event.

Five-star quarterback Tanner McKee first arrived on the recruiting scene in Texas by circumstance. He attended the Houston regional of The Opening in February because it was the only regional on the circuit to be held on a Saturday. McKee is a member of The Church of Jesus Christ of Latter-day Saints, and while he’s classified as a 2018 recruit as he enters his senior season, a two-year mission trip upon graduation means he won’t arrive on a college campus until 2020.

“Things will be different for me than a lot of recruits my age because more changes will take place by the time I’m in school,” he admitted. “I won’t know any of the players in my recruiting class and coaching changes happen all the time. It’s different, for sure.”

Texas is one of 22 offers for the 6-6, 220-pound pro-style quarterback out of Centennial High School in California. McKee earned his invitation to The Opening Finals at that event in Houston and currently ranks as the No. 25 player in the 247Sports composite rankings and the No. 3-rated pro-style quarterback in the nation.

“I believe in Tom Herman and his vision for Texas’ program. I think he’ll turn it around soon,” McKee said. “I visited there about a month ago and loved it. I’ll probably make it back.”

McKee plans to trim his recruitment list to five or seven in a few weeks and decide by the end of senior season. Texas is expected to be on the list along with BYU, Stanford, UCLA and others.