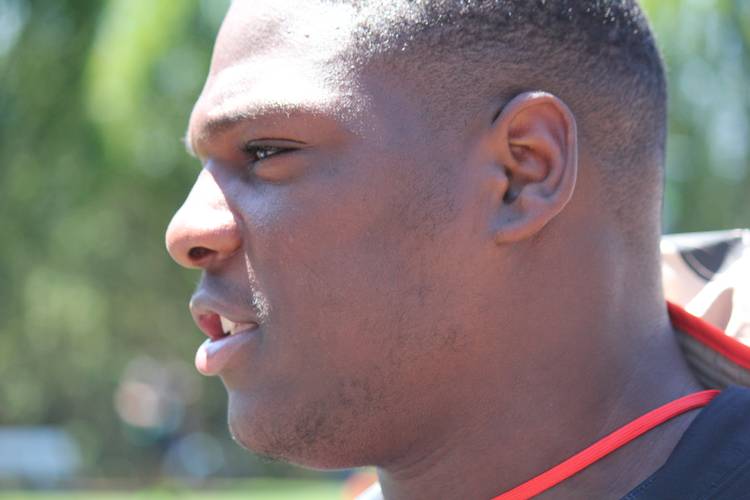 BEAVERTON, Ore. — The Longhorns will always lean heavily on the state of Texas in recruiting. One of the keys to evolving the Texas program is to find a balance between loyalty to the state while identifying and landing out-of-state targets at need positions that the state of Texas might lack in a cycle.

Tom Herman is already showing a willingness to leave the state for prospects his staff identifies as potential targets. Four of the 11 current Texas commitments are from outside the state. Fourteen Texans made their way to Oregon for the Opening, but there were other names UT fans were monitoring throughout the weekend:

Moore was one of three UT pledges at The Opening Final. The 5-9 slot receiver proved his speed Saturday night when he ran a sub-4.4 40-yard dash during The Showcase portion of the event. He also showed consistent hands and elusiveness during 7-on-7 play. Moore’s raw speed and athleticism make him a tough 1-on-1 cover and he’s a nightmare for defenders when he finds space.

McKee was impressive throughout the week. The 6-6, 220-pound five-star quarterback didn’t participate Sunday due to religious reasons. He’ll go on a two-year mission upon high school graduation and enroll in college before the 2020 season. McKee showed strong mechanics and consistency at quarterback. He sees the field well and didn’t force passes. McKee didn’t throw a single interception during 7-on-7 play.

Running back isn’t the easiest position to excel at during an event like The Opening. For the most part, running backs are limited to catching the ball out of the backfield or running up the middle for short gains during 7-on-7 games. Joiner couldn’t show the skills that make him one of the top running back prospects in the nation. The four-star running back looks the part and did show solid hands for a bigger running back.

It doesn’t take long to realize why Marshall is the top-rated wide receiver in the 2018 class. The five-star prospect is rangy at 6-3 and nearly impossible to cover 1-on-1. He excels at beating defenses vertically and was one of the best pass catchers at The Opening. Marshall was physical and athletic throughout the event.

Texas is searching for tight ends in the 2018 class and Ford is a possible candidate. He revealed during The Opening that he’ll visit Texas in July, and while the Longhorns have ground to make up with Alabama and Auburn, the depth chart is a factor that could play in Herman’s favor. Ford was physically dominant throughout the week. It’s uncommon to find 6-6, 245-pound tight ends who can run and catch like Ford.

The state of Texas lacks elite prospects at guard or center, which will force the Longhorns to look out of state to fill needs at those positions. Hill is a player the Longhorns offered early in the cycle. It’s hard to know if Texas has a legitimate shot with him, but the four-star guard said he plans to visit campus in July. Hill is a physical run blocker who plays offensive tackle in high school. He expects to play guard or center in college.

Defensive end is another weak position for Texas in the 2018 class. The state didn’t send a single offensive or defensive linemen to The Opening Final. Perkins is one of the pass rushers the Longhorns want and he also plans to visit Texas in July. He picked up an injury early in The Opening Final and didn’t compete over the last two days.

Defensive backs lead the charge of Texans during The Opening Final