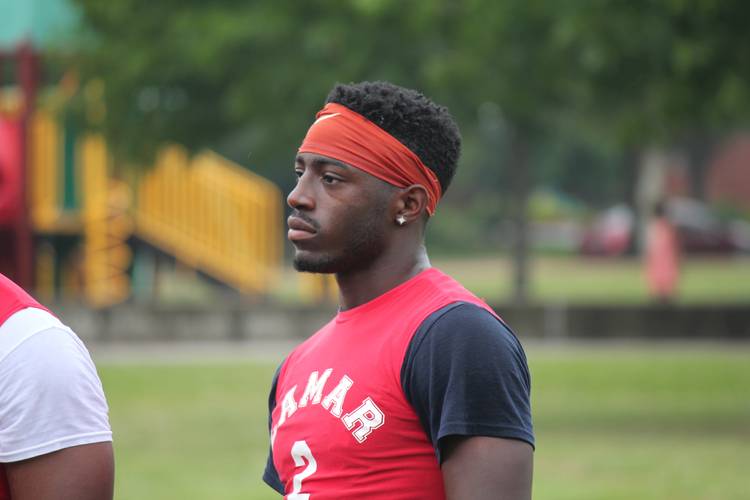 Tom Herman built his reputation as a recruiter by cultivating the city of Houston. His crown jewel was defensive tackle Ed Oliver, who became the first five-star prospect to sign with a G5 program when he picked Herman’s Houston Cougars in 2016.

Herman’s success recruiting Houston helped land him the Texas job. And continuing to impact the Houston recruiting scene can ensure that he stays at Texas for years.

Houston Lamar wide receiver Al’Vonte Woodard became Texas’ 12th member of the 2018 class on Saturday. The Longhorns’ class is ranked sixth nationally; for Texas to eventually sign a top-five class, Herman and his staff must sign even more talent from Houston.

Here are five likely options for the Longhorns:

Chance that he signs with Texas: 90 percent

Eagles is considered the state’s overall top receiver of the 2018 class. No one else in Texas sports a better combination of frame and sheer athleticism. The Longhorns want to sign four receivers and hold commitments from two four-star prospects in Woodard and Kentucky’s Rondale Moore. Eagles had planned to commit on Monday but announced at The Opening Final that he was pushing his commitment date back. Texas is still considered the leader to get him.

Chance that he signs with Texas: 85 percent

Epps, a one-time Alabama commitment, nearly pledged to Texas earlier this summer. But since he’s already gone through one de-commitment, he wants to be 100-percent sure before he decides for a second time. Epps is a uniquely talented tight end. He’s built like a small forward and uses his length to catch balls in traffic. He’s also a clear threat on third downs and in the red zone. Texas wants to utilize tight ends under Herman and offensive coordinator Tim Beck; Epps would give the Longhorns a potential mismatch either by flexing out or lining up at H-back.

Chance that he signs with Texas: 75 percent

Texas doesn’t need a lot of defensive tackles for 2018. The Longhorns are after quality, not quantity. Coburn, the state’s best tackle prospect, plays at a familiar high school for Herman’s staff. Spring Westfield was the school that Herman signed Oliver and Westfield’s current head coach is Matt Meekins, the brother of UT assistant coach Corby Meekins. Coburn is a two-gap tackle with a motor and leverage. The Longhorns are in the driver’s seat entering his senior year.

Chance that he signs with Texas: 80 percent

Herman first became acquainted with Green when he was at Houston; Herman was one of the first coaches to offer the now four-star cornerback, and that early relationship is paying off for the Longhorns. Green was a star at The Opening Final in Oregon, making a case for him to be considered the No. 1 overall prospect in the state. He’s a quiet kid who likes to keep things close to the vest, but the Longhorns should feel good about their position with him heading into the fall.

Chance that he signs with Texas: 70 percent

Jamison is another cornerback who saw his recruiting stock rise at The Opening Final. He’s shorter than higer-rated corners in the state like Green and Anthony Cook, but few defensive backs are as versatile and productive as Jamison. The Houston Lamar product can play corner, nickel or safety in college, and he’d also like to be used as a returner. He’s a Lamar teammate of Woodard, who committed to Texas last weekend, and Cook, the No. 1-ranked player on the Fab 55. TCU is Texas’ top competition for Jamison. Still, the Longhorns want all three of them and are in the position to do it

Eight months later, the Kansas Jayhawks continue to relish their win over Texas