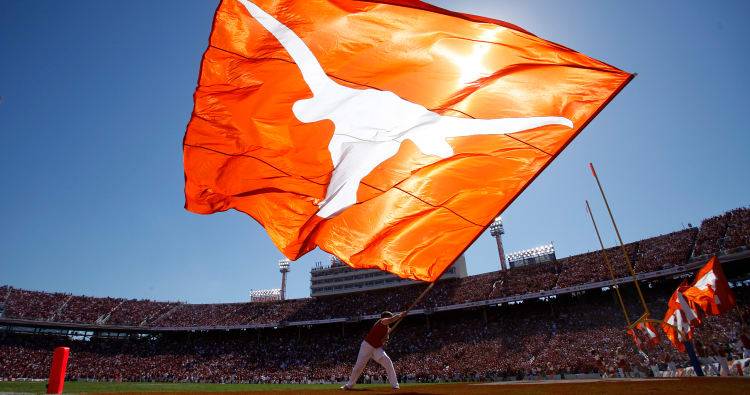 football program to a driven, pass-minded head coach who fully expects to bring the school national prominence instead of just national promise.

Illinois’ John Mackovic on Thursday took over a program that has suffered four losing seasons in the past six years. He will lead Texas into its 100th season of college football next fall.

Texas signed Mackovic to a five-year, $2.125 million contract, even though he said he turned down a counteroffer from the University of Illinois that could have guaranteed him financial security.

“I said all along that money was not the issue, ” Mackovic said. “Illinois offered me a package that would virtually take care of me for the rest of my life.”

Texas Men’s Athletics Director DeLoss Dodds said his 10-day search, conducted with the help of an athletic head-hunting service, focused on a number of candidates but quickly zeroed in on Mackovic. Georgia Tech’s Bobby Ross also was interviewed, sources close to the search said.

“We were fortunate to find the man early that we wanted, ” Dodds said, “and we found a man who wants to be at the university. John has accomplished a lot in a short period of time, regardless of the (silver) color of his hair.”

Mackovic is considered an offensive innovator who loves the passing game. He is a disciple of the one-back offense and has produced a 1,000-yard rusher two of his four seasons at Illinois. Mackovic wears a tie but no headset on the sidelines. He designs his own game plans and calls all the offensive plays.

Mackovic succeeded on the professional level as an assistant for two years under Tom Landry with the Dallas Cowboys and as head coach of the Kansas City Chiefs. In four seasons with the Chiefs, he posted a 30-34 record and took them to their first playoff appearance in 15 years. He was fired in a power play directed by the team’s general manager.

Even though Mackovic had never set foot in Austin before Thursday, he said he doesn’t plan to leave for another job.

“This was a conscious decision on my part to stay in college football, ” Mackovic said. “If I had aspirations in the NFL, I probably would have passed on this job. I’ve said I don’t intend to move again.”

Schooled under the unflappable Landry, Mackovic has been likened to him in dress as well as success. The comparison doesn’t trouble Mackovic in the least.

“I learned everything from A to Z under him, ” Mackovic said. “I was like a sponge for the two years I was with him. Coach Landry literally taught me the game of pro football.”

Mackovic has won only one conference championship in seven college seasons at Illinois and Wake Forest and has won just seven more games than he has lost.

But after he was introduced as the 27th head football coach in UT history, he said he thinks he can win a national championship here.

Although Mackovic praised Texas’ solid tradition of academics as well as athletics, and Austin’s rich quality of life, the belief that he can bring the Longhorns their fourth national championship probably cemented his desire to move to Austin.

“That wouldn’t be the single reason, but it’d be an important reason, ” Mackovic told an audience of about 200 in the Bass Concert Hall. “I think we can win a national championship at Texas.”

Others agree with him. Texas has not won an undisputed national title since the 1969 season under Darrell Royal. His successor, Fred Akers, took the Longhorns to the brink of a national championship on two occasions, only to fall short in Cotton Bowl games.

A national title does wonders for a school. For example, Georgia Tech’s enrollment increased 21 percent this fall and its private donations rose $15 million after it shared a national championship last season.

Under McWilliams, the UT football program had dipped. He took the Longhorns to only two bowl games, including one Cotton Bowl, the prize for the Southwest Conference champion.

Mackovic, who has been named Coach of the Year in the Big Ten and Atlantic Coast conferences three times in seven seasons, might have had a chance to win a national title at Illinois last season, but quarterback Jeff George left after his junior season to become the No. 1 draft pick in the National Football League. The excellent defense left behind was good enough only to bring Mackovic a four-way share of the Big Ten title.

“I think he can win a national championship there” at UT, said Gil Brandt, former vice president of the Dallas Cowboys. “If anybody expects him to come in and Texas will be 10-1, I don’t think they can do that next year. I don’t think people can dominate any more. But I’m going to be surprised if he’s not a big winner at Texas.”

Royal, who had a big part in the decision to hire Mackovic, said he is totally impressed with the new coach. He dismissed worries about Mackovic’s college record, which is only 44-36-1.

“It’s not his first rodeo, ” Royal said. “He’s been at state campuses before.”

Mackovic did not say who he will chose as his assistants but said he will bring some from Illinois after they coach in the John Hancock Bowl under interim Coach Lou Tepper. Mackovic said he is “very optimistic” that Tepper will be his permanent replacement.

Leon Fuller, defensive coordinator under McWilliams, will be considered for a position on Mackovic’s staff, as well as McWilliams’ other assistants. Mackovic said he will sit down with all the assistants and resolve the situation as quickly as possible.

“I know Leon’s reputation, ” said Mackovic, who traditionally turns over all the defensive duties to his coordinator. “I have the utmost respect for what he’s done. His success speaks for itself.”

Ara Parseghian’s history against the Longhorns