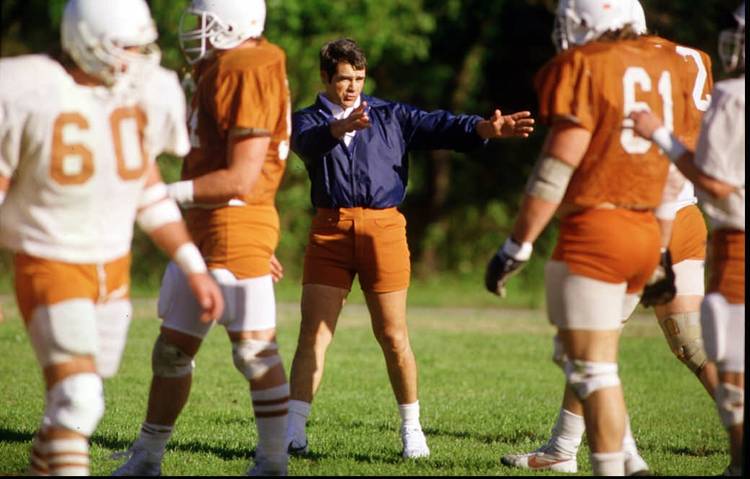 The first indication that something might have been brewing within the University of Texas athletic department came when DeLoss Dodds on Friday morning canceled his airline reservations for New York.

Instead, he opted to have breakfast with his football coach.

Dodds had intended to watch the Texas basketball team play in the consolation final of the National Invitation Tournament at Madison Square Garden. But after the football team stumbled through a 31-14 loss to Texas A&M at College Station, there were more pressing matters at hand.

Dodds and Coach David McWilliams had breakfast Friday morning in the first of a series of meetings over the holiday weekend to discuss possible changes in the football staff.

The changes culminated Monday with the pressured resignation of McWilliams. The contracts of the assistants run through August unless they are held over by the new coach. The status of the rest of the football staff from trainers to recruiters to strength coaches remains uncertain. All depend on the wishes of the new coach.

Just five years ago, Dodds was forced to fire another football coach – Fred Akers, who posted only one losing season in 10 years at Texas. But the process then and now was entirely different.

McWilliams was given choices. Akers wasn’t.

Athletic department sources said McWilliams was told to fire his entire offensive coaching staff. McWilliams already had agreed to fire offensive coordinator Lynn Amedee, thinking that would appease the powers, but balked at the rest of the changes.

He then was given the opportunity to resign or be fired. He chose to resign.

The same scenario almost existed two years ago after McWilliams‘ second losing season in three years. People close to McWilliams said he was prepared to fire up to four assistants, but when the media made that news public, McWilliams retreated and did nothing.

The Akers decision was much more to the point, no options given.

In 1986, two days after A&M beat Texas 16-3, Dodds talked to members of the men’s athletic council, who agreed to fire Akers during an emergency meeting. Then Dodds met Akers at a local sporting goods store to tell him the news. A press conference was hurriedly called for early that afternoon.

Speculation had grown throughout the middle part of the 1980s that Akers would be fired, even while he was winning. So his firing came as no surprise.

In McWilliams‘ case, the rumors and speculation erupted after Texas dropped a 24-13 contest to Houston on Nov. 9. The rumors escalated after consecutive losses to Baylor and A&M.

But during this time, McWilliams told several people connected with the athletic department that he would not voluntarily step down. In no way, shape or form.

As recently as his press conference after the loss to A&M, McWilliams spoke about any changes he might make in his staff. He said he would make those decisions “as quickly as possible.”

Among staff members at Bellmont Hall last week, McWilliams talked of things he wanted to do differently next season. In short, he sounded like anything but a coach preparing to resign.

The beginning of the end began Friday.

Dodds and McWilliams met for several hours that day. They talked by phone on Saturday. On Sunday, the two met with UT President William Cunningham at Cunningham’s home in Westlake.

Dodds and McWilliams met once again Monday morning at Dodds’ home, with former Coach Darrell Royal joining them. It seemed strangely appropriate that Royal was present when McWilliams decided to resign, considering that Royal had strongly recommended McWilliams for the job five years ago and probably was the single biggest factor behind McWilliams‘ hiring.

By 10 a.m. Monday, it was over. McWilliams‘ decision to resign was official. Some members of the athletic staff were called out to Dodds’ house to plan for a press conference at 3:30 p.m.

But word of the resignation spread rapidly throughout the state although no one reportedly made any calls from Dodds’ home. Fans and alumni knew long before McWilliams met with his staff at 2:30 and his team at 3.

And it was a shaken McWilliams who took the podium shortly after 3:30 p.m. Monday when he read from a prepared statement.

First of all, I appreciate the support given me during my time here as head coach by DeLoss Dodds, President (William) Cunningham, and the many other loyal UT supporters and alumni. They have always given me their 100-percent support and have given me every opportunity to try to be successful.

After discussions with DeLoss, and upon mutual agreement, I have decided to step aside as head football coach at the University of Texas and have asked to be reassigned for the remainder of my contract.

I certainly have enjoyed my relationship with the players, and it’s been fun. I want to thank my wife, Cindy, and children, Dennis, Corby, Hunter and Summer for their support and their understanding and their many sacrifices allowing me to be in coaching.

I will not rule out the possibility of coaching in the future, but for right now I look forward to doing whatever I can to help the University of Texas and the athletic department and especially our student athletes – in whatever way possible.

This has been a tough decision, and at this time I would rather not entertain any questions.

FROM THE ARCHIVES (Dec. 2, 1990): Berry dreams up, delivers big on childhood chum