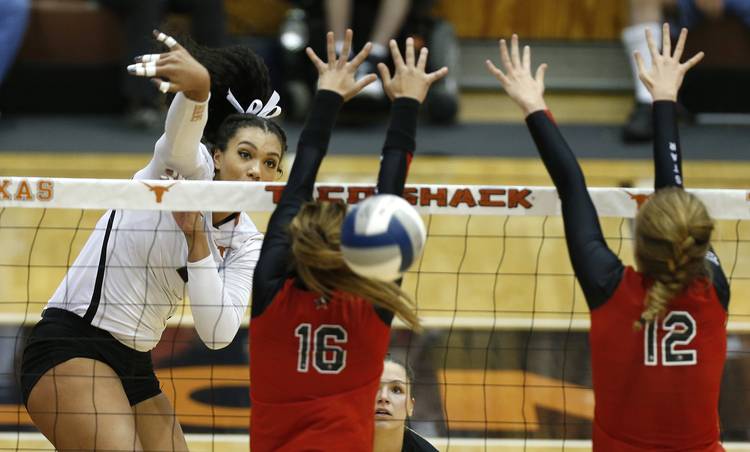 In local news that will shock nobody, some of the Big 12’s best volleyball players play at Texas.

Kansas senior Kelsie Payne, who is an Austin native, was the conference’s preseason player of the year.

The naming of Texas’ honorees was more of a formality than a surprise. Nwanebu, Ogbogu and White have all earned AVCA All-American accolades during their time in Austin. Sun was recently named the Gatorade National Volleyball Player of the Year during her senior year at Santa Fe Christian in Solana Beach, Calif.

White and Nwanebu led Texas this past season with their 4.03 and 3.74 kills per set, and Nwanebu’s .379 hitting percentage topped the Big 12. Ogbogu sat out the 2016 season for academic reasons, but the three-time All-American has averaged 2.3 kills and 1.2 blocks per set in her collegiate career.

In 2016, Texas went 27-5 and reached the NCAA championship game in its fifth straight trip to the Final Four. UT opens this season on Aug. 25 with a match at Florida.