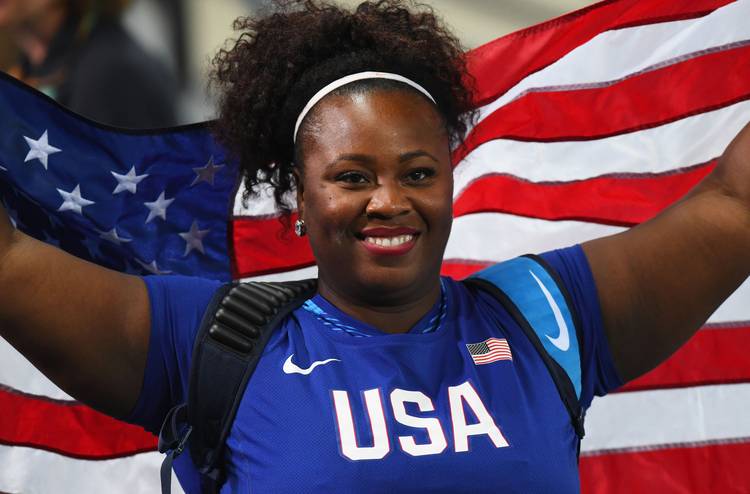 Athletes for Team USA voted on team captains before the start of the IAAF World Championships in London and chose two former Longhorns, Michelle Carter and Trey Hardee.

Texas head coach Mario Sategna is also in London, serving as the U.S. men’s head coach for the first time. He’s served on the staff multiple times as an assistant coach.

“What a special honor for Michelle and Trey to be team captains together for Team USA,” Sategna said in a press release. “They both have had such great careers and they have represented themselves, their country and The University of Texas with pride and grace the entire way. I couldn’t be more proud to head into this world championship meet with Longhorns leading the way for us as team captains.”

Carter, an Olympic gold medalist in 2016, is competing in the shot put while Hardee, who won gold in 2009 and 2011 at the IAAF World Championships, will compete in the decathlon.

This is the second time Carter has been elected captain of Team USA. She first earned the honor at the Olympics in Rio de Janeiro.

Hardee also won the silver medal at the Olympics in London in 2012, at the same stadium he’ll compete in at the IAAF World Championships.

I am so honored to be #TeamUSA Team Captain with @treyhardee 🤘🏾#Hookem Thank you to all of my teammates! I can't wait to see all the great things we will do! #TeamUSA #AllDay #EveryDay #ShotDiva #MichelleCarter #YouThrowGirl

HONORED to have been voted by our teammates as a Team Captains for @usatf with @shotdiva!!! #hookem

Only Texas sprinter Senoj-Jay Givans of Jamaica was in action on Friday, competing in the qualifying heats of the men’s 100 meters. He failed to qualify for the semifinals in his IAAF World Championships debut. Givans finished his heat in 10.30 seconds. He was .06 short of qualifying.

American Ryan Crouser will be the only Longhorns representative in action on Saturday as he competes in the qualifying round for the shot put.

On Sunday, Chrisann Gordon of Jamaica will run in the 400 meters. If Gordon qualifies, she’ll run in the 400 semifinals on Monday. Crouser looks to compete in the shot put final on that day.