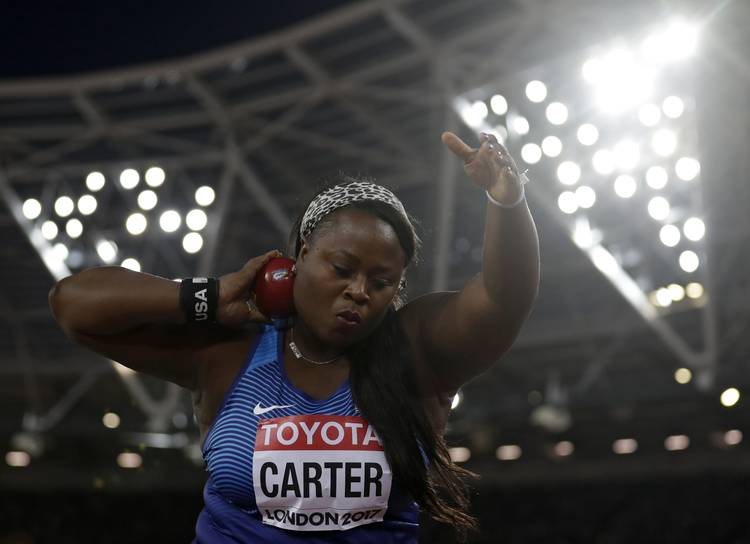 Olympic gold medalist and former Longhorn Michelle Carter advanced to the shot put finals at the IAAF World Championships in London on Tuesday.

The American record holder hit the automatic qualifying mark on her first and only throw. She put the shot 62 feet, 1 inch as she’s attempting to win her first outdoor world championship. She won the indoor title last year and took bronze in the 2015 World Championships in Beijing.

Carter qualified second in the event Tuesday. Only two other competitors qualified on their first throw like Carter. Five athletes overall were able to qualify automatically.

Wednesday’s final is set to start at 2:25 p.m. and fans can catch the action on NBC Sports Network.