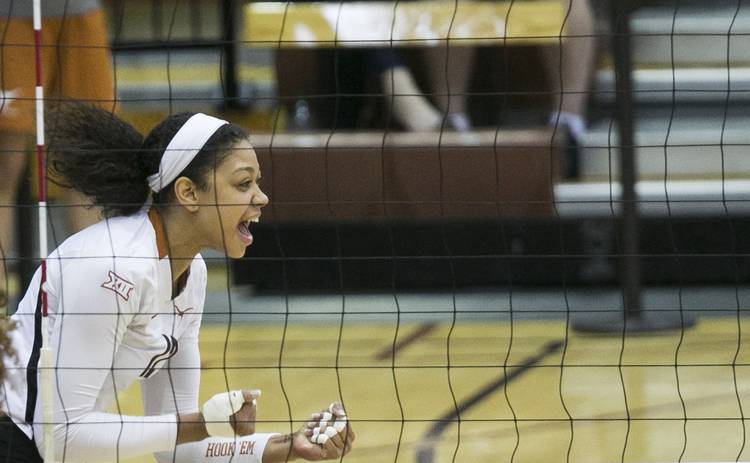 A silver medalist in each of the past two seasons, Texas finds itself alone in front as it begins this fall’s search for gold.

Washington, Minnesota and Nebraska rounded out the polls’ top five.

This marks the 12th straight season that Texas has ranked among the top four teams in the AVCA preseason poll, and UT topped the 2013 preseason rankings. Texas retains much of the talent that led it to last year’s NCAA championship match, and the Longhorns just signed the nation’s top recruiting class. Three-time All-American Chiaka Ogbogu is back after missing the 2016 season, and outside hitters Micaya White and Ebony Nwanebu have also earned AVCA All-American accolades in their careers.

“On paper, we should win and be a real good team,” Nwanebu said earlier this week. “But you never know what’s going to happen. That’s another motivation, to prove to everyone on that on paper, we’re good, but in real life, we’re better.”

Texas opens its 2017 season on Aug. 25 with a trip to the Florida-hosted VERT Challenge where No. 12 Florida and No. 18 Oregon await. Minnesota, No. 8 Kansas and No. 22 San Diego are also on UT’s schedule.