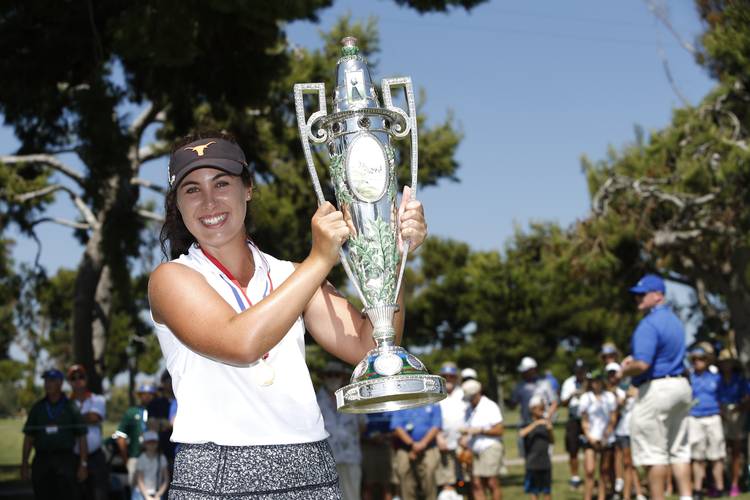 Schubert, a senior golfer at Texas, became the first Longhorn to win the U.S. Women’s Amateur in more than 20 years. Kelly Kuehne won the event in 1995 and 1996.

The All-American honorable mention earned exemptions to all four major women’s golf tournaments next year, including the 2018 U.S. Women’s Open.

The Oak Ridge, Tenn. native birdied the first hole, a 368 yard, par-4, to take the lead. Schubert took a 2-hole lead with her second birdie of the day on the 374-yard, par 4, No. 5. She then birdied No. 10 to take a three-hole lead, and went up by four holes when Valenzuela bogeyed No. 11 after Schubert made par. She stayed 4 up after the first 18 holes.

Valenzuela gained a hole back with a birdie on No. 19, but Schubert regained her four-hole lead and went on to clinch the championship on hole No. 31 with her sixth birdie of Sunday’s final.

In 2014, then-Lake Travis High School junior Kristen Gillman won the U.S. Women’s Amateur. Gillman is a sophomore at Alabama and lost to Chia Yen Wu of Chinese Taipei in the Round of 16. Schubert defeated Yen Wu Saturday to reach the finals.