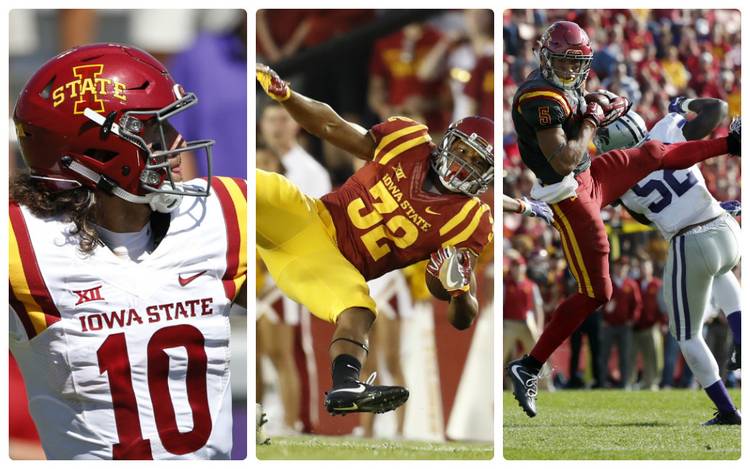 Here’s a bizarre thought. The Cyclones could be quite consistently good on offense.

Joel Lanning, who has started at quarterback for parts of the past two seasons, has been moved to linebacker. It’s Park’s show now. He saw a chunk of playing time in the last five games of the season, averaging 264.4 yards a contest. That per-game average is third-highest among returning Big 12 quarterbacks, behind only Oklahoma’s Baker Mayfield and Oklahoma State’s Mason Rudolph.

“When he’s locked in, he’s really, really, good,” Cyclones offensive coordinator Tom Manning told reporters earlier this month. “His confidence has grown. He’s a quarterback with an offensive lineman mentality — you have to slow him down a little bit.”

Park, a four-star prospect, initially signed with Georgia in 2014. He redshirted, then transferred to a junior college but did not play a down until last fall. Coach Matt Campbell said Lanning also will be used on offense this season.

Montgomery should be the starter at tailback. In his final three games last season, he averaged 113.7 yards and 6.1 a carry. And the Cyclones have Mike Warren, a 1,000-yard rusher from 2015 who had two 100-yard games last fall.

Lazard should be counted among the best receivers in the league. He’s got great size at 6-5, 222 pounds. He broke the school record last fall with six games of at least 100 yards. And he  finished the season with a bang — three 100-yard games against Kansas, Texas Tech and West Virginia. Those around the Cyclones program say the receiving group may be the best Iowa State has fielded in awhile.

“A lot of competition is great for our football program,” Campbell said of his receivers when he discussed the group at a media availability. “That’s going to be a really fun race … Hakeem Butler may be the most talented wide receiver in our entire receiver group when you really cut it open and look at it.

“I think there’s high-end playing time available for that wide receiver group. It’s going to be interesting to see how it all shakes up. It’s a good problem to have, though.”