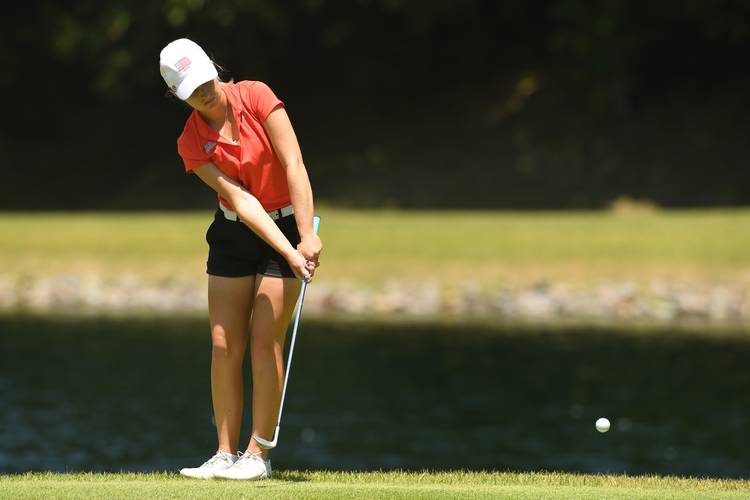 Kaitlyn Papp, an incoming freshman for UT, helped the United States lead Team Europe 4-3 after the first day of action at the Junior Solheim Cup in Des Moines, Iowa Tuesday.

The second round matches were suspended due to darkness.

The opening round of the Junior Solheim Cup was split 3-3 after the teams played six four-ball matches.

Papp and Brooke Seay won their match 2 and 1 against Alessandra Fanali and Alessia Nobilio of Italy.

One foursome match was completed before play was suspended. Papp and teammate Alyaa Abdulghany trail Linn Grant and Amanda Linner 1 up through 11 holes of the second round.

Singles competition starts Wednesday following the completion of the second round.

Papp will join the UT golf team in the fall. Texas golfers have seen recent success with away from team with Sophia Schubert winning the U.S. Women’s Amateur and Doug Ghim advancing to match play in the men’s competition.

“I’m so excited to start at UT,” Papp said in a UT press release. “I love the girls on the team and I’m super excited to represent the Longhorns.”

Pair of Longhorns qualify for match play at U.S. Amateur