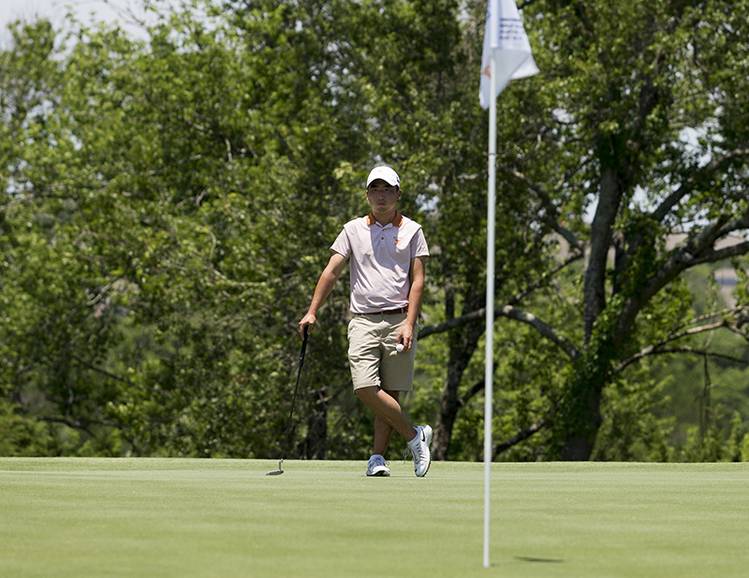 Doug Ghim took two victories at the USGA U.S. Amateur to advance to the semifinals in Pacific Palisades, Calif. Friday.

Ghim topped Connor Syme of Scotland 2 and 1 to move on to the semifinals.

A bogey on the par-3 No. 16 put Ghim up two holes as Syme made a double bogey on the hole. Both golfers made par on the 17th, sealing the win for Ghim.

The Texas senior hit this clutch third shot to get him close enough for the win.

That's how you close out a match. Doug Ghim is headed for the #USAmateur semifinals. https://t.co/qG0CUtATk3

Ghim defeated Joey Vrzich 3 and 2 in the round of 16 earlier in the day.

Ghim took the lead after the second hole when he made par, but Vrzich, out of Norway, made the match all square with a birdie on No. 3.

On the sixth through the ninth holes, Ghim won three out of four with two birdies and a par. Vrzich made a double bogey on No. 9 to give Ghim a 3-up lead.

The UT senior won his last hole on No. 12, making par, and sealed the match on No. 16 with a birdie.

Ghim is trying to become the second Longhorn in as many weeks to win the U.S. Amateur. Sophia Schubert won the U.S. Women’s Amateur on Sunday.