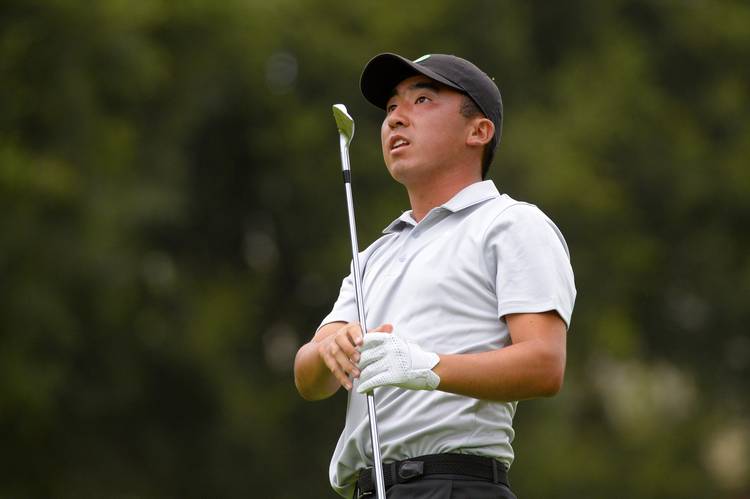 Doug Ghim makes an approach shot on the fifth hole during his semi-final match against Theo Humphrey at the USGA U.S. Amateur Championship on August 19, 2017 at the The Riviera Country Club in Pacific Palisades, California. (Photo by Robert Laberge/Getty Images)

Senior Texas golfer Doug Ghim is attempting to make it a clean sweep for UT golfers in U.S. Amateur championships as he defeated Theo Humphrey 2 and 1 in Saturday’s semifinal in Pacific Palisades, Calif.

The Texas senior will take on Doc Redman Sunday at 9:45 a.m. If Ghim comes out victorious in the final, he’ll become the third Longhorn to win the men’s title. Justin Leonard (1992) and David Gossett (1999) are the other winners.

Humphrey took a lead on the second hole, but that didn’t last long. Ghim struck back with a birdie on the next hole and proceeded to win four of the next nine holes without Humphrey winning one.

The highlight of that run came on No. 8 when Ghim holed a shot with a chip-in to make eagle and go 2 up.

The Texas senior sealed the deal with a solid par after Humphrey missed a chance at birdie on the par-5 17th hole.