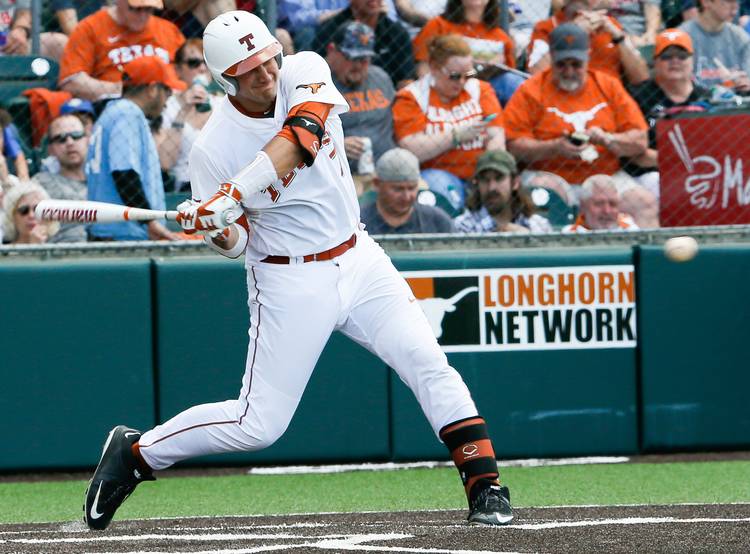 Instead of a Tarleton State Texan, Michael Cantu has decided to become a professional.

Undrafted in June’s MLB amateur draft, Cantu has signed a contract with the San Diego Padres. Cantu was set to transfer to Tarleton State after three seasons at Texas, but the 6-3, 240-pound catcher product will instead begin his professional career.

During his junior year at Texas, Cantu hit .222 with six home runs. Cantu never hit above .249, but he was a solid presence behind the plate. Cantu was credited with only three errors in his UT career, and he made pivotal tags at the plate this season in wins over Texas A&M and Long Beach State.

“I’m not taking this opportunity for granted,” Cantu told the Corpus Christi Caller-Times. “It’s go time and it’s really time to get down to business.”

Cantu, who has been assigned to AZL Padres, is the latest Longhorn to follow the path paved from UFCU Disch-Falk Field to the minor leagues. Eleven of Cantu’s teammates were drafted earlier this summer. None of those Longhorns will return to Texas in 2018.

Longhorns in the minor leaugues

A look at how members of Texas' 2017 draft class are faring in the minor leagues.