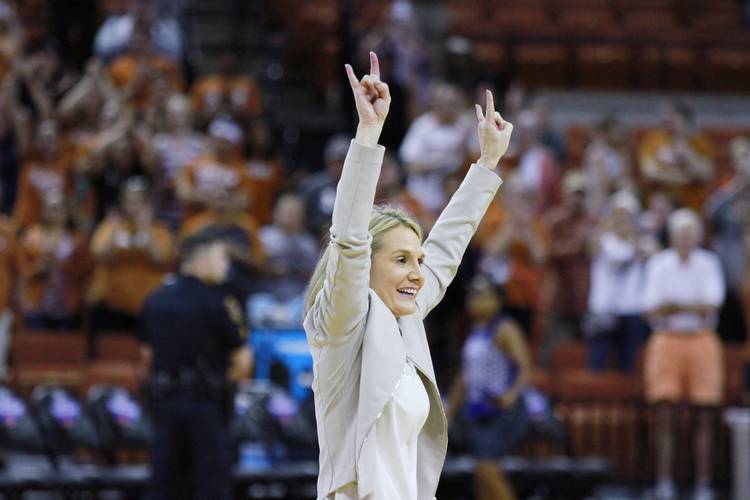 Texas head coach Karen Aston reacts to a victory on March 19, 2017 at the Erwin Center. Dustin Safranek FOR AUSTIN AMERICAN-STATESMAN

The Longhorns women’s basketball team dominated Basket Costa, an Italian professional club team, and came away with a 122-36 victory to close out their Italian tour in Costa Masnaga.

“I thought we were a little more ready to play today in the beginning,” Texas head coach Karen Aston said in a UT press release. “It was great to be able to get the young kids in there for an extended amount of time.”

“I think Jordan has found her motor again,” Aston said. “She’s in better shape, she’s more focused right now and has her feet on the ground in all areas.”

The Longhorns took a 28-2 lead by the 2:26 mark of the first quarter and never looked back.

Texas finished the tour with a 2-1 record.

Texas opens its season on Nov. 12th against Stetson at the Frank Erwin Center.