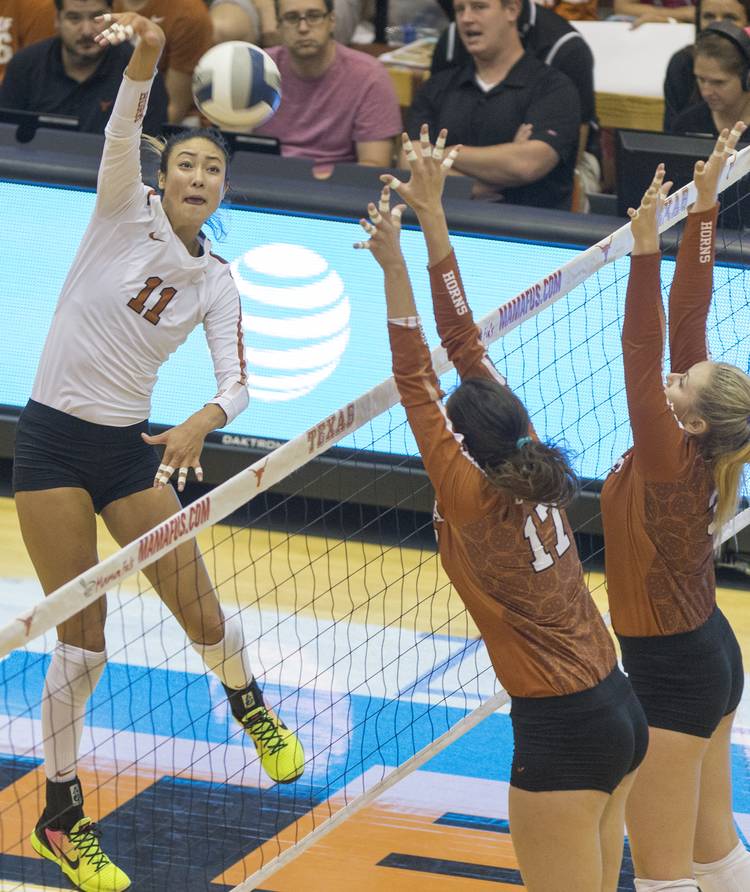 As memes and comments related to the total solar eclipse were circulated on Twitter on Monday, the UT volleyball team also got in on the fun.

Considering the day’s news, Texas reminded fans that it has a player with a relevant name on its roster. Lexi Sun is a freshman outside hitter from Solana Beach, Calif.

Sun will make her collegiate debut on Friday when Texas visits Florida.

UT fans are hoping that Sun becomes a star at Texas. During her senior year of high school, Sun was regarded as the nation’s top-rated recruit. She also earned the Gatorade Volleyball Player of the Year award in January.

Sun shined during Texas’ scrimmage this past weekend. Sun recorded a match-high 22 kills in the four-set scrimmage, and she also recorded a .318 hitting percentage and 12 digs.