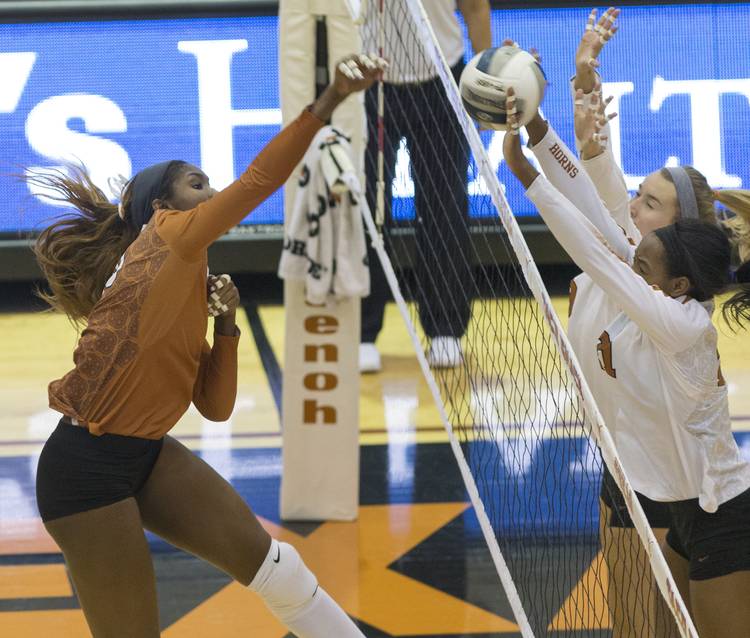 Texas slipped off its perch on Monday, but the Longhorns didn’t fall far.

UT took up the fourth slot in the AVCA’s weekly volleyball poll. The Longhorns topped the preseason rankings, but the team split its season-opening matches at a tournament in Gainesville, Fla. UT was beaten in four sets by Florida on Friday, but it responded the following day with a 3-1 win over Oregon.

Despite its first season-opening loss since 2013, Texas received one of the AVCA poll’s 64 first-place votes. With 1,332 points, however, the Longhorns still finished comfortably behind Stanford’s 1,587 points. Minnesota and Florida were ranked second and third on Monday, and Penn State rounded out the top five.

This weekend, Texas travels to California for matches against Villanova, Georgia Tech and San Diego. San Diego was ranked 17th in this week’s poll. UT’s first home match is scheduled for Sept. 7.