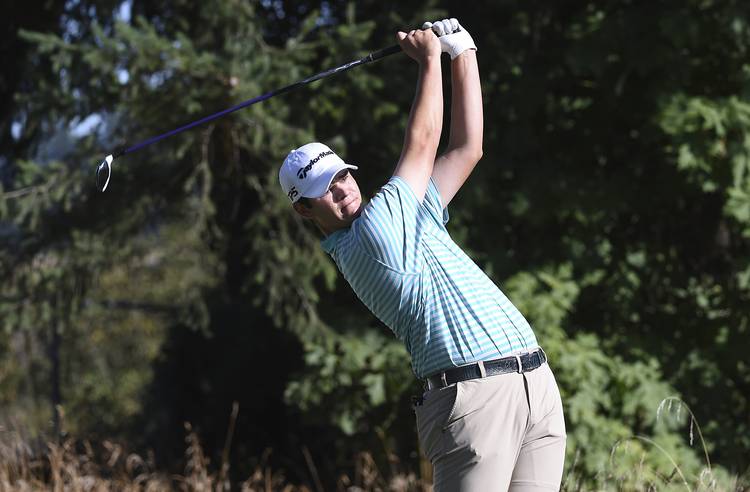 Beau Hossler hits his drive on the 17th hole during round two of the WinCo Foods Portland Open at Pumpkin Ridge Golf Club - Witch Hollow on August 25, 2017 in North Plains, Oregon. (Photo by Steve Dykes/Getty Images)

Former Longhorns golfer Beau Hossler will join four other UT representatives in 2018 after earning his PGA Tour card Sunday in the season finale of the Web.com Tour.

Hossler took 19th place at the WinCo Foods Portland Open. He finished the season in 23rd on the money list.

“It’s a dream come true,” Hossler said in a UT press release. “It was certainly a stressful couple hours waiting to see if I was going to be in or not.”

Thanks to everyone who has helped me get to the PGA Tour! I couldn't have done it by myself! pic.twitter.com/no3Urtur3U

The former Longhorn finished as a runner-up twice on the Web.com Tour and made the cut ten times.

Hossler showed real grit in his final performance as a Longhorn in 2016. He powered through a shoulder injury as the Texas men’s golf team defeated Southern Cal 4-1 to advance to the finals of the NCAA Championship match play.

Hossler gets to tee off with Jordan Spieth, Cody Gribble, Jhonattan Vegas and Bob Estes next season in the PGA.