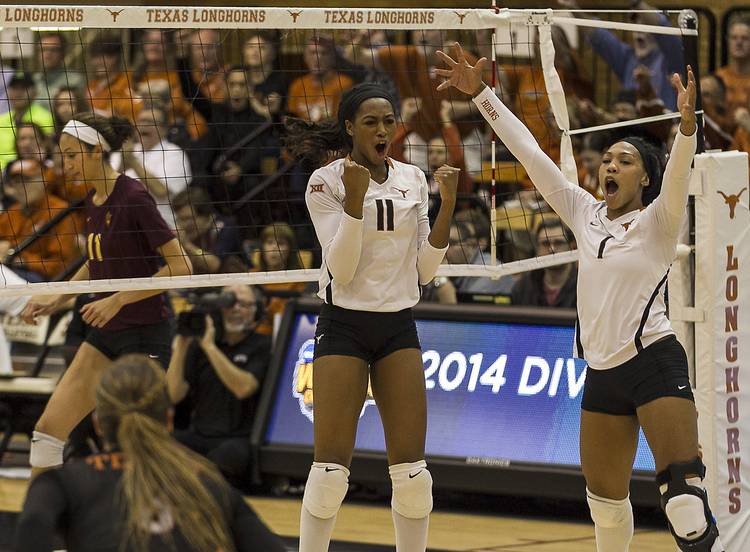 Texas had just three hitting errors as they finished with an overall hitting percentage of .419. The Wildcats, on the other hand, hit just .019. Due in large part to Texas’ 14 blocks. Five Longhorns had at least three blocks in the game.

Lexi Sun, a freshman, tied for the team lead in kills for the Longhorns as she had seven in the contest.

Ashley Shook had 22 assists to lead Texas, in addition to hitting .600 with three kills. Cat McCoy led Texas with 10 digs.

The Longhorns took control in the first set, building a 13-9 lead. Ogbogu made four kills in the set, hitting .800, that led to a 7-3 run to close the set.

Villanova kept the second set close for a while, trailing 11-10 at one point. That didn’t last long, however, as the Longhorns closed the set on a dominating 14-2 run.

Orie Agbaji made all three of her attacks count as the Longhorns controled the final set to win 25-10.

Next up for the Longhorns volleyball team is a match with Georgia Tech at 2 p.m. Saturday before facing host No. 17 San Diego at 9:30 p.m.