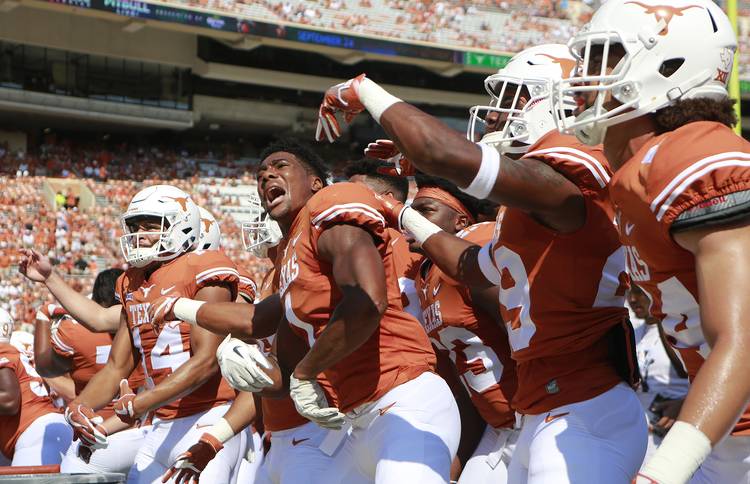 Texas' John Burt (1), center, gets motions to the fans during pre-game of an NCAA college football game at Royal-Memorial Stadium, Saturday, Sept. 2, 2017. (Stephen Spillman / for American-Statesman)

Will the No. 23-ranked Longhorns start the season with a win like they did in 2016 against a top-10 ranked Notre Dame? Or will last season’s late season troubles carry over despite the arrival of Herman from the University of Houston?