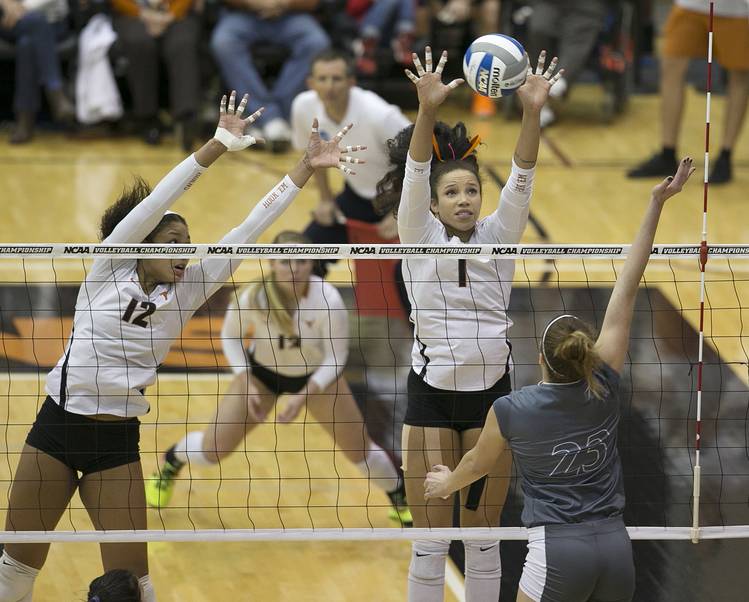 The Texas Longhorns volleyball team had no trouble handling Georgia Tech, sweeping the Yellow Jackets at the USD Tournament in San Diego Saturday.

Micaya White led the Longhorns with 10 kills on a hitting percentage of .450. She added five blocks, five digs and an ace in the win.

Freshman Longhorn Lexi Sun had eight kills, seven digs and a block. She converted on .316 of her attacks.

Ebony Nwanebu had nine kills and seven blocks. She finished with a hitting percentage of .471.

Ashley Shook set up 28 kills for Texas and made three kills of her own. Cat McCoy had 10 digs to lead Texas.

Texas had a hitting percentage advantage, converting on .397 attacks to Georgia Tech’s -.088. The Longhorns had 39 kills, 20 more than the Yellow Jackets.

The Yellow Jackets were able to hang with the Longhorns early in the first set, only trailing 11-10 at one point.

The Longhorns took control from there, finishing the first set on a 14-3 run. A kill by White closed out the set.

Texas held a decided advantage for the second set, starting it on a 7-1 run. A block by White and Morgan Johnson finished off the set. Johnson had five blocks in the match to go with two kills.

The third set started much like the second, with the Longhorns taking a quick 5-0 advantage on an attack error by Gabriela Stavnetchei.

The Longhorns led by 10 points at multiple times in the third set, eventually closing out the match on a kill by Nwanebu.