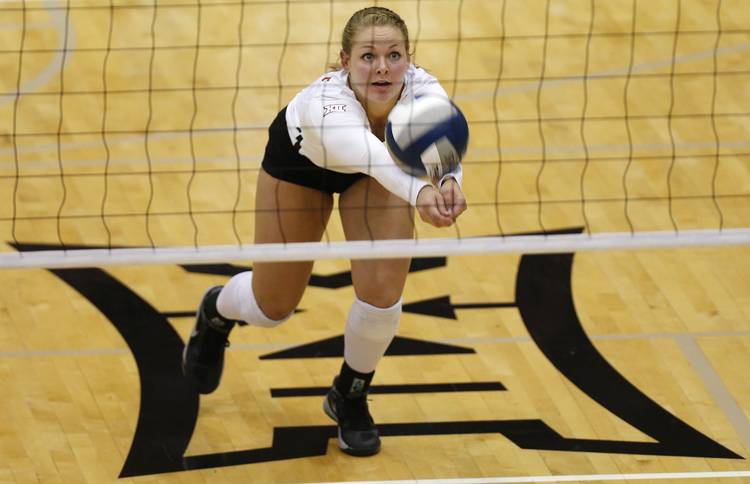 The No. 4 Texas Longhorns volleyball team dropped the first set, but fought back to defeat No. 17 San Diego at the USD Tournament on Saturday.

Three Longhorns had double-digit kills as Texas had a kill percentage of .388. Freshman Lexi Sun led with 16 kills and converted on .452 of her attacks.

Micaya White had 13 kills after leading Texas in kills in the Longhorns’ first match of the day. Chiaka Ogbogu had 10 kills to round out the double-digit kill leaders.

Morgan Johnson led Texas with eight blocks as the Longhorns amassed 20 in the match. San Diego managed just two in the contest.

Ashley Shook set up 39 kills and had nine digs. Autumn Rounsaville led Texas with 14 digs. Cat McCoy was right behind Rounsaville with 13 digs.

Jayden Kennedy and Roxie Wiblin tied for the lead in kills with 12 for San Diego. The Toreros got off to a great start, going on a 5-0 run in the first set. They eventually won the game 25-20.

Texas took a firm hold of the match in the third set, winning 25-10 after utilizing a 7-0 run. Three straight errors by San Diego ended the game in favor of the Longhorns.

Texas used another 5-0 run in the fourth set to help them cruise to the match win.