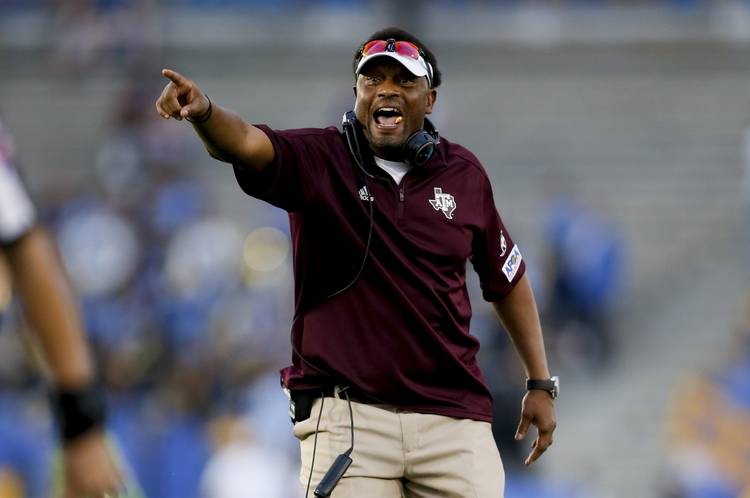 On who had a worse weekend – Texas or Texas A&M?

Whose fan base feels lower than a cricket’s undergarments right now, the Longhorns or the Aggies? I’d say the Longhorns feel slightly worse even though I’m still high on Tom Herman resurrecting this program. For one week, Texas fans should feel worse because Texas never looked good and never was in position to win, even when trailing by just three points. At least A&M should have won. True, Kevin Sumlin’s team will be a punchline for blowing a 34-point lead to an average UCLA team and giving up five touchdowns in 17 minutes and maybe won’t recover. Even Houston Oilers fans are making fun of the Aggies. But the A&M rushing attack looks powerful, and Christian Kirk may be the best receiver in college. However, given a certain regent’s rant that would make Mike Gundy proud, Sumlin appears cooked, barring a drastic turnaround. If the A&M administration makes a decision to fire Sumlin early, it should pull the trigger rather than wait because it allows assistant coaches more time to find new jobs and provide for their families and it doesn’t make Sumlin unfairly dangle in the wind. As for broken fan bases, Herman at least has the No. 2-ranked recruiting class and a strong track record, but A&M may well be anticipating a new coach in December. Could that be Major Applewhite if his Houston team wins 10 games or more? I would guess AD Scott Woodward wants a more seasoned head coach, but who knows? The best line came from friend and Statesman alum John Maher, who offered logic for restarting the Longhorns-Aggies rivalry: “Someone has to win.”

Texas women’s basketball 2018 commit Joanne Allen-Taylor took a visit to campus this past weekend as did 2018 recruit Queen Egbo, the No. 14-rated recruit in the country according to ESPN.com. Allen-Taylor is a 5-8 shooting guard from Cy Falls who averaged 20.4 points as a junior and wants to major in mechanical engineering. She has never had a grade below an A in her entire academic career. Yeah, she’s pretty bright. Egbo hopefully wasn’t turned off by the football team’s performance. The 6-3 Fort Bend Travis post player averaged 18 points, 13 rebounds and 4 blocks a game and will decide from among Texas, Baylor, Mississippi State and Florida State.

On an update on a Longhorn where-are-they now?

For the rest of Kirk’s 9 Things, including his thoughts on Alabama football, the overtime rules in college football and the feel-good moment of college football over the weekend, click here.