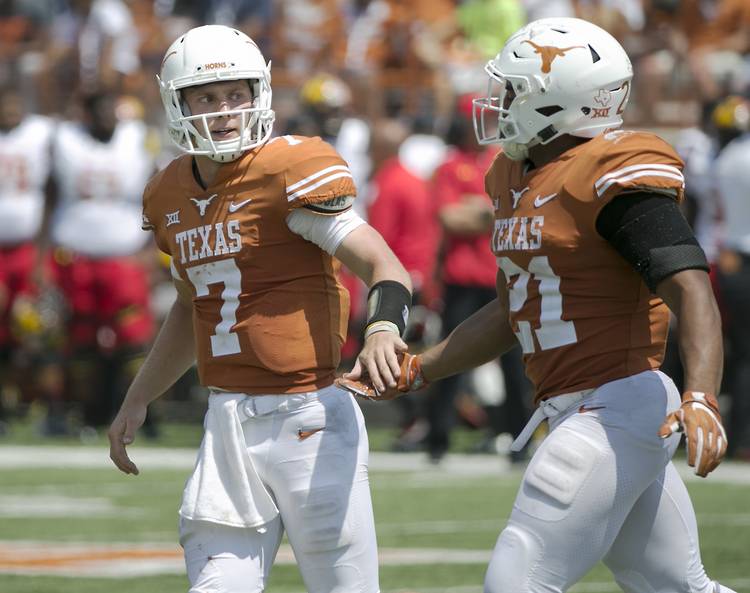 The Longhorns football team will try to get back on the winning track as they host San Jose St. Saturday at 2:30 p.m. The game will be televised on Longhorn Network. Before that, the Longhorns volleyball team will try to knock off the top-ranked Minnesota Gophers on Friday. That match will air on Longhorn Network as well. The NFL season kicks off this weekend and plenty of former Longhorns will be in action on TV, including D’Onta Foreman Sunday on CBS.

No. 5 Texas slams Denver in tune-up for No. 1 Minnesota