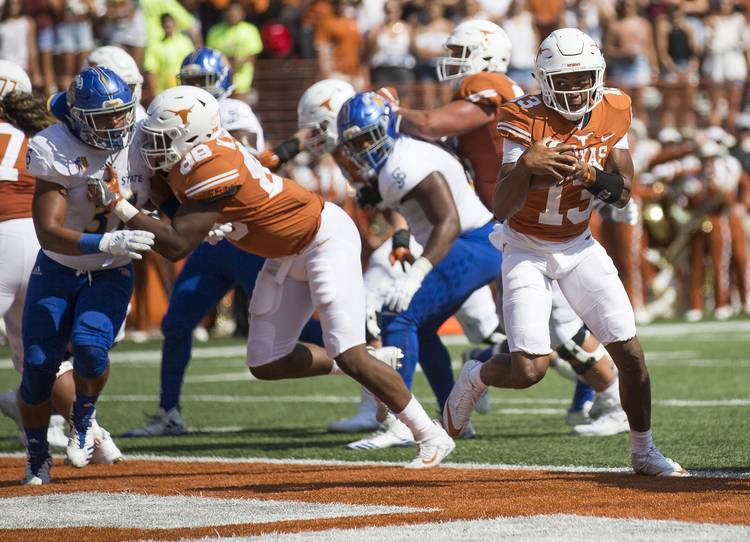 (13) Texas wide receiver Jerrod Heard (13) runs into for a score against San Jose State defense in the second quarter to give the longhorns 21-0 of an NCAA college football game at Darrell K. Royal Memorial Stadium in Austin, Texas Saturday September 9, 2017 RICARDO B. BRAZZIELL / AMERICAN-STATESMAN

The Spartans lost 42-22 against former Texas coach Charlie Strong and South Florida to open the season– leading in that game by several touchdowns at one point– and picked up their first win last week against Cal Poly.

Texas lost to the Terps 51-41 at home to start the season and are still searching for Herman’s first win as Texas’ coach.

Golden: Texas up 21-0, much better in the first half this week