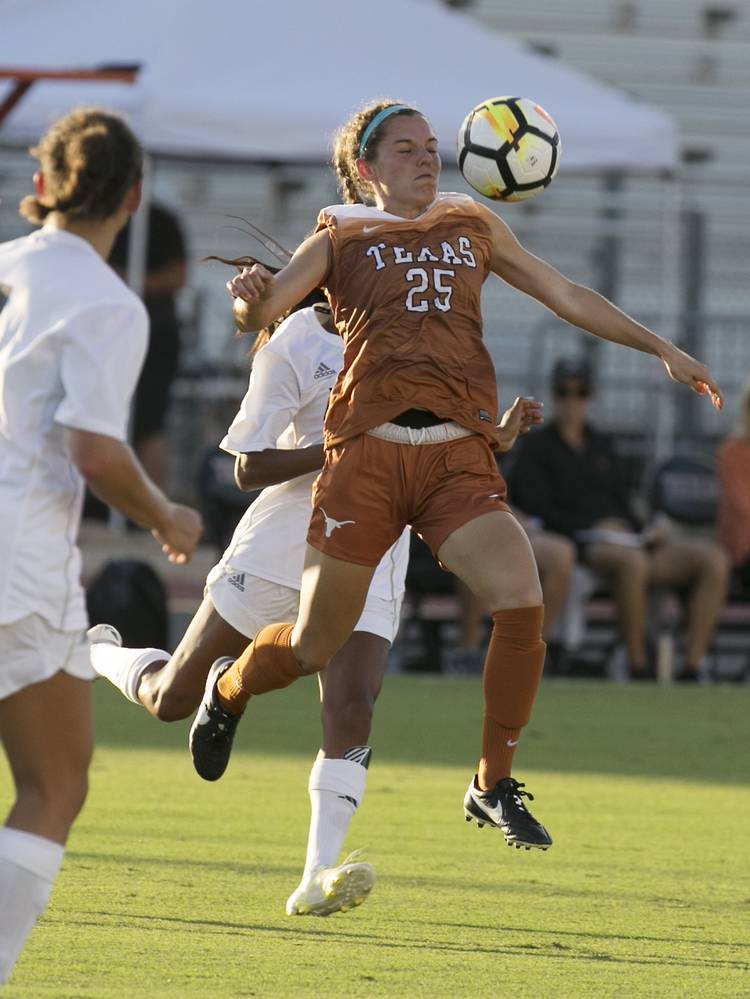 For the first time this year, one of Texas’ soccer players have made the Big 12’s honor roll.

On Tuesday, Texas junior midfielder Katie Glenn was named the Big 12’s offensive player of the week. Glenn scored in both of UT’s matches last week, and she helped set up Cydney Billups’ game-winner against Northeastern.

With those 3-0 and 3-2 wins against No. 25 Colorado and Northeastern, Texas improved to 7-0 for the first time in school history. UT is among seven undefeated teams left on the Division I soccer scene.

Glenn becomes the first Longhorn to win the Big 12’s weekly offensive award since Alexa Adams was honored twice in 2015. Last year, Texas was a one-time winner of the conference’s weekly defensive accolade (goalkeeper Paige Brown). Kyra Falcone and Tecora Turner were also named the Big 12’s freshman of the week in 2016.

Recruited out of nearby Rouse High, Glenn’s three goals are currently tied atop the UT stat sheet. Her eight points trail only Cyera Hintzen’s 10. (Hintzen was placed on the Top Drawer Soccer National Team of the Week on Tuesday). Glenn is coming off a strong spring in which she scored six goals.