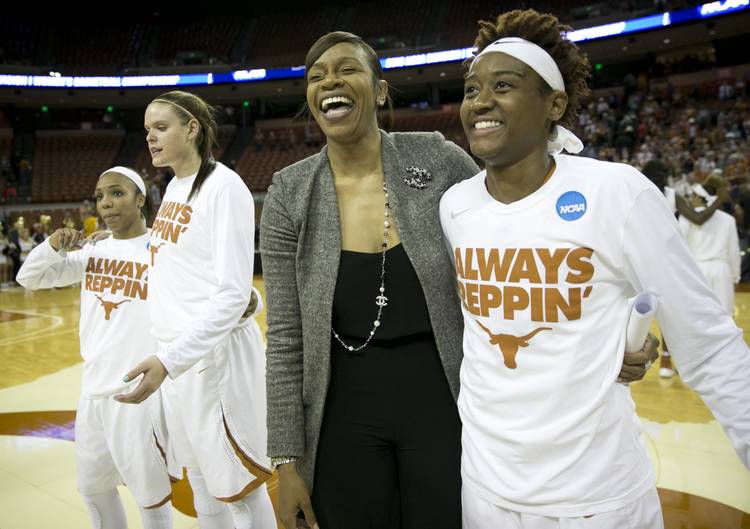 “I am pleased to announce the elevation of Tina Thompson to associate head coach,” Aston said. “In a short period of time, she has established herself on and off the court as an integral part of Texas Basketball. It’s important to continue to not only reward our coaches but acknowledge progression and impact.”

The staff will stay intact as George Washington and Jamie Carey will return as well.

“I am very excited about my new role as associate head coach here at Texas,” Thompson said. “I believe that every promotion is a reward of growth and I also believe that it’s another opportunity to learn more and grow more.”

Golden: Texas down 14-7 as defense shows up early

Golden: What to make of Herman’s ‘primal screams;’ should Williams enter 2018 NFL draft?